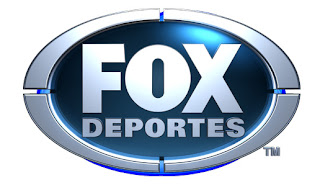 It was a rambunctious crowd at Our Lady of the Lake University Gym in San Antonio, Texas. The Fox Deportes televised main event featured the return of Omar “Panterita” Figueroa after an 8 month layoff, relatively long for a fighter like Figueroa who had kept busy at the start of 2012.

In the lead up to the fight Figueroa’s trainer, Joel Diaz, mentioned that Figueroa had overextended himself and needed the rest after a taxing schedule. He wasn’t going to get much in the work department as he made very quick work of Henry Aurad of Miami, Florida.

Aurad looked timid coming into the ring and it was obvious once he took the first punch from Figueroa that Aurad wouldn’t last long. Figueroa landed an authoritative jab that sent Aurad into the ropes and the fight appeared to be at risk of ending early.

After receiving some pretty stiffening lefts and rights Figeuroa would allow Aurad enough distance to slip out of the corner, but Aurad returned the favor by going straight to the opposite corner and laying in the wind until Figueroa was ready to pounce.

Then, not so out of nowhere, Figueroa landed a viciously well-timed over hand right; it was a punch that sent Aurad crashing to the floor. Aurad was out the moment the punch landed and after an arbitrary count of 2-3 seconds the referee stopped the action and it was over in 47 seconds of the first round.

Figueroa is now 20-0-1 with 16 KO/TKOs. He may now find himself on the undercard of Canelo-Trout, a fight also rumored to be in San Antonio. The talks are that Figueroa may fight the winner of Richard Abril and Sharif Bogere’s WBA lightweight title tilt.

In the televised co-feature it was Jermall Charlo of Houston, Texas squaring off against Gilbert Venegas in an 8round bout. The undefeated Charlo was making his 2nd appearance of the year and looking to keep his unblemished streak as well as his streak of 5 stoppages in a row.

Charlo enjoyed a favorable size advantage against Venegas, and with it he maintained a constant jab that kept his opponent at a safe distance. Still, Venegas tried to get inside as best he could although he was clearly over matched.

There was a certain err of intensity coming from the Charlo corner and he was picking his shots in devastating form. He was touched a few times in the 2nd round, however the steam from the punches caused little duress on the part of Jermall.

Going into the 3rd round Charlo was working the body fairly well, but it was doing more damage to the face of his opponent in the sense that Venegas head was left exposed to well-timed long distanced power shots.

The conclusion of the fight was both predictable and exciting as Charlo had Venegas cornered against the ropes and unleashed a barrage of calculated combinations. After being hit with a couple hard lefts, Venegas was placed very carefully for a loaded up overhand right from Charlo, a punch that sent Venegas to the canvas and out for the count.

That knockout brought Jermall to 12 wins in as many fights.

2012 Olympian Errol Spence took on Luis Torres in a 4 round junior middleweight contest. It was all Spence from the get go as he demonstrated some fast hands and put his punches together very well.

Towards the end of the 1st round, Spence hit Torres with the biggest shot of the fight and Torres went nowhere. That would be the theme of the fight as Spence outclassed an opponent willing to endure and dead set on remaining.

Torres continued to eat punches and even managed to throw some of his own. Torres was catching Spence with some stinging right hands, evident by Spence’s lack of comfort after being on the receiving end of some of those shots.

In the end, Spence managed to secure a decision victory based on the fact that his opponent was good enough to survive, but not good enough to remotely be considered a viable threat. All 3 judges scored the fight 40-36.