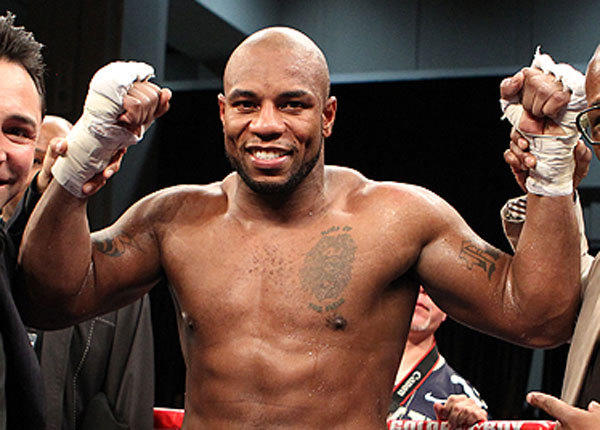 Banks is viewed as a challenging but ultimately manageable opponent, designed to broaden Mitchell’s experience and aid in his rapid development. Having only turned to boxing 6 years ago, Mitchell has used the mentality forged as a college football standout to make exponential improvements in his rise to being one of the division’s most highly touted prospects.

In his last fight, Mitchell survived a first round onslaught from veteran contender Chazz Witherspoon, and turned the tables and recorded his 10th consecutive stoppage, with a barrage of head and body shots in the 3rd round. Mitchell passed the test of perseverance and toughness, but the upcoming bout with Banks will be presented with a different set of challenges.

Banks is fundamentally solid in all areas, with a stellar amateur background and he may possess the craft and style to frustrate a less experienced fighter such as Mitchell. Perhaps the biggest obstacle for Mitchell to overcome is a man buoyed by a higher purpose, one greater than just a victory on November 17th. The recent passing of the legendary trainer Emanuel Steward — Banks trainer and mentor — puts this in a different context, one that shapes into a defining life moment as opposed to just a defining fight. A fight under these emotions and circumstances are not something Mitchell will have previously been accustomed to and he will be required to be fully focused on a man fighting for more than just his own cause.

If Mitchell is victorious, he will need to continue to craft his skills before making a run at Vitali and Wladimir Klitschko, the brothers who sit comfortably at the top of the heavyweight pile. Many of the other current contenders will be keen to avoid Mitchell as he presents a big obstacle in their own path to the Klitschko’s. But due to his humble and grounded personality, combined with his fan friendly style, his handlers should have plenty of opportunities to make the right fights, to ascend to the top if Mitchell keeps delivering. As the Klitschko’s continue to age and explore ventures outside of boxing this ascension could be much sooner than expected.