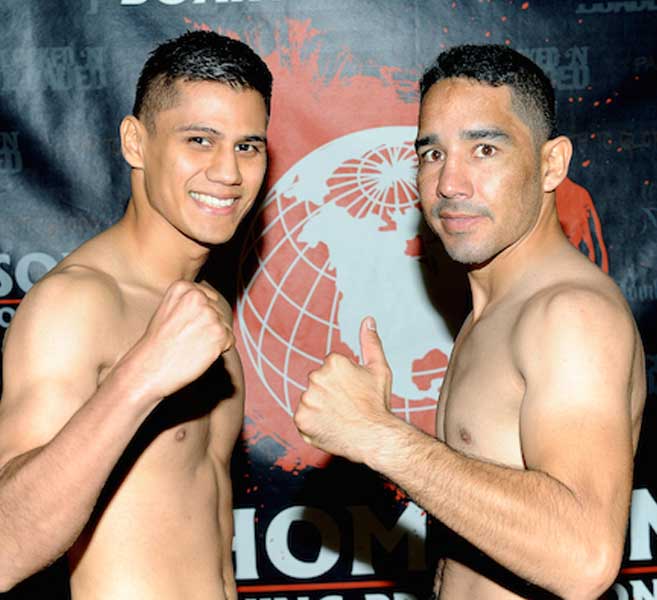 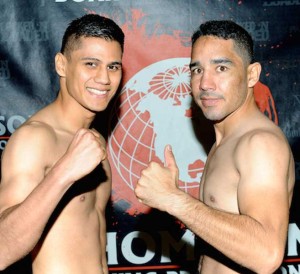 “This is another step in the right direction for me,” said the 25-year-old Roman. “The ultimate goal is to land a world title shot, but first, I need to prove that I belong in that company.”

“Roman is starting to build an outstanding resume,” said Ken Thompson, president of Thompson Boxing Promotions. “Over his last four fights he’s faced and beaten far more experienced boxers. What is most impressive is the manner in which he’s winning. Roman is flat out overwhelming opponents.”

The scorecards, 100-90 twice, 98-92, shows Roman dominating the 10-round fight from start to finish. As impressive as those scores are, they don’t reveal just how dominant Roman was last Friday night. He did everything well – counter punched when he had to, landed telling blows while against the ropes, trapped and kept Noriega in corners, and had a stifling defense that Noriega never figured out.

“I felt like I was in control the entire fight,” Roman said. “I showed him different looks and kept him off balance. I don’t think Noriega ever felt comfortable out there.”

Roman now has four wins on the year, and pushed his winning streak to eight.

In the co-main event, super bantamweight Isaac Zarate (12-1-1, 2 KO’s) delivered a masterful knockout win against the equally talented Jesus Serrano (7-3-2, 5 KO’s). In the fourth round, Zarate landed a crushing left hook to the body that sapped all the energy out of Serrano. He crumbled to the floor and tried to get up, but couldn’t beat the count.

Prior to that, Serrano was landing consistently, and even opened a cut below Zarate’s right eye. Zarate proved that a pinpoint body shot can change the complexion of a fight.

“I work on hitting the body every day in training camp,” said Zarate, a southpaw. “I connected flush and hurt him pretty bad.”

Junior lightweight Erick Ituarte (11-1-1, 2 KO’s) put on a tremendous performance against the tough Pedro Lopez (4-2, 1 KO). He fought aggressively and never took his foot off the gas. Landing a right cross seemingly at will, Ituarte pushed back Lopez’s advances with powerful shots.

In the third round, both fighters brought the sold-out crowd to its feet with a back-and-forth exchange that lasted for nearly one minute. Ultimately, Ituarte proved too much for Lopez and won in convincing fashion with scores: 60-54 twice, 59-55.

“Lopez is a tough fighter,” Ituarte said. “I hit him with a lot of quality shots and he never backed down. It was a good fight for me.”

Haro repeatedly landed heavy left hooks, and Tamayo, to his credit, absorbed them well. While Tamayo was never truly hurt, he did take a considerable amount of punishment.

“I wanted to look good tonight, to give the fans a great fight,” Haro said. “I think they were entertained.”

Alexander, a Los Angeles native, dropped Biddle early with a counter left hook. Biddle beat the count, but soon after was back on the canvas courtesy of a vicious attack from Alexander. Biddle was counted out at the 2:37 mark.

“Locked n’ Loaded” was presented by Thompson Boxing Promotions, and sponsored by Lucas Oil in association with LATV Networks.