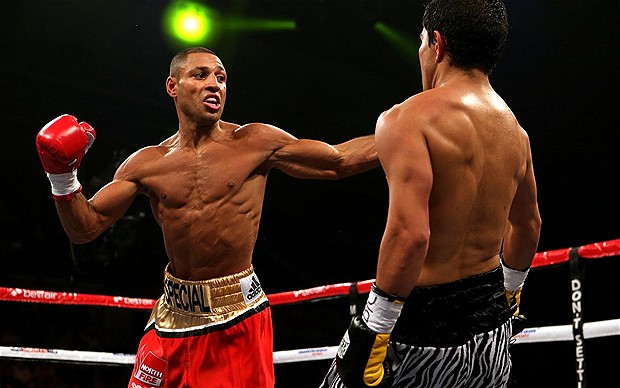 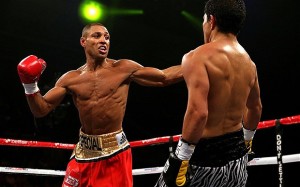 Do they deserve it? It has always been a passionately debated topic among fans around the world, and for good reason. We love the sport, largely because of the sacrifices its combatants make to obtain the highest prize. So when we see a fighter getting their shot at the big time without earning it, we naturally object.

The fragmentation of the world titles began in the 1960’s, and we now have at least 4 organizations whose trinkets would see the holder recognized as a world champion. While some of the hardcore may still look towards the Ring or the Lineal title for a clear indication of who “The Man” is; holding one of the WBC, WBA, IBF or WBO titles will generally mean bums on seats, TV viewers, and major pay days for both the fighters and their promoters. With the introduction of interim and regular titles at the turn of the century, it has become even easier for a promoter to maneuver their talent towards a world title shot.

Perhaps it is worth noting that Brook is in the toughest and most competitive division in boxing, but it doesn’t make good reading for Brook and his supporters. But what about his level of opposition? Even if victorious, it will still frustrate many that Brook did not “pay his dues”.  Same as other fighters like Deontay Wilder and Mickey Bey who are all closing in on world title fights. If you pick apart their records, you certainly won’t find a marquee name.

Up until the Championship was split, the question of whether a fighter deserved a title shot was a simple one. The boxer had to climb the rankings and become the No.1 contender. Now, because of manipulation and outright corruption within the governing bodies and their ranking systems; even after winning eliminators, the fans will still question whether the fighter deserves the shot. So I reached out to boxing fans, and read various message boards to get a feel for the majority opinion.

The answers were all very similar. “Beat somebody at world level,” “Beat a top 10 fighter,” or “Beat a former world champ” were the most common. Perhaps with Lomachenko fresh in their mind, many questioned the amount of time a fighter has been a professional as well as their number of fights. These are all perfectly fair and logical questions to ask of a fighter’s record before they fight for the title, but how many fighters actually pass this rather lenient criteria?

I took a sample of 50 of today’s best fighters. They were all current World title holders or recent champions considered to be world class. Here were my findings:

• 74% won a world title in their first attempt

• 64% were undefeated going in to their first world title fight

These stats may come as a surprise to those that insist fighters must beat top opposition before they are ready for world titles. As I trawled through the records, it was a struggle to find top names before a belt was on the line. Perhaps it is because I am looking back in time, but I struggled to find competitive fights. Names like Gabriel Campillo, Lovemore N’Dou, Kendall Holt, and DeMarcus Corley tended to be the best of the opponents. All were on the decline when our future champions got the win over them. Miguel Vasquez was the only fighter to appear as a Champion and Opponent. However, he was inexperienced and a division north of his eventual title winning weight class when he lost to Tim Bradley in 2007.

So what do these findings prove? 3/4 of fighters win a world title at their first attempt, many of them undefeated, yet untested at elite level. Are we wrong to question the matchmakers and promoters who we accuse of ducking and dodging? It appears their fighters can get to the top without taking the same amount of risk as we expect.

Does it show that Brooks fighting for a world title without a marquee win is not as bad as many first thought? After all his opponent IBF Champion Shawn Porter’s best win was against Julio Diaz, in a fight he hardly impressed in. Brook’s level of opponent was actually in line with the rest of the field, if not slightly better. He had a better win/loss ratio, his best opponent’s record was 34-1, he had faced a former world champion and top 25 ranked fighter.