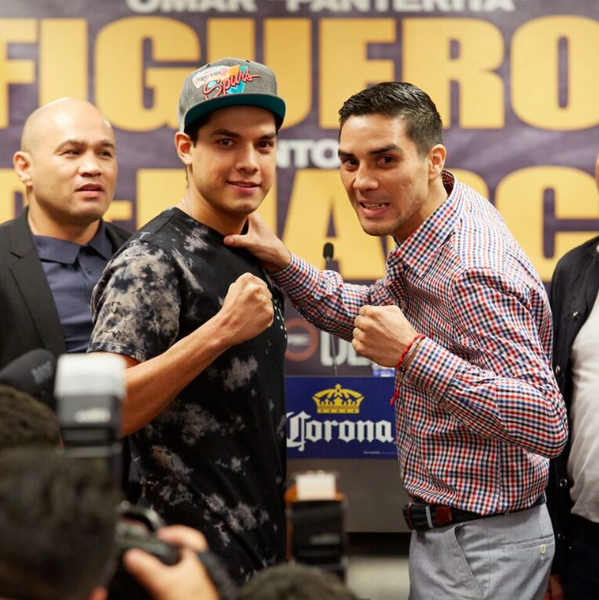 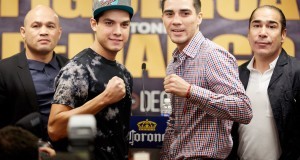 Exciting Jr.welterweight slugger Omar Figueroa (25-0-1 18KO’s) will be making his return to the ring on Saturday, December 12th against former WBC world lightweight champion Antonio DeMarco (31-5-1 23KO’s).  The bout will be aired live on NBC at 8:30pm ET / 5:30PT and will be part of the PBC boxing series.  The bout will take place at the AT&T Center in San Antonio Texas.

Antonio DeMarco Stands at 5’10 and possesses a 71-inch reach.  When motivated, he is a very good fighter that can present a tough fight for almost anyone in his division. Despite his long rangy frame, DeMarco fights in a typical Mexican style and loves to throw punches in bunches and bring the pressure.  He also fights out of the southpaw stance and has above average punching power for his weight division as well. He holds impressive wins against Jorge Linares who is currently a world champion and as well as a quick KO win over John Molina while Molina was in is physical prime.

He has also been in the ring with the late Edwin Valero and 4-time world titleholder Adrien Broner.  DeMarco is an extremely experienced former world champion and he’s still arguably in his physical prime at the age of 29.  In my humble opinion, DeMarco’s biggest problem is his mental state and his hunger for battle. He has announced his retirement from the sport more than once before and one has to wonder why he’s still fighting.  The biggest factor in this fight is his mental state going into the fight and that will remain a mystery to us up until the fight starts.

Omar Figueroa, on the other hand, is a young 25-year old who also brings the Mexican style into the ring with him each time he fights and is constantly throwing punches in bunches.  Every time Figueroa gloves up to fight he puts on an entertaining show even when he doesn’t put in his best performance.  Figueroa stands at almost 5’8 in height and possesses a 73-inch reach.  Back in 2013, he was well on his way to becoming a star and had a fight of the year candidate against tough Japanese fighter Nihito Arakawa. While Omar ended up winning that memorable fight, he ended up badly hurting his hands.  Because of the unfortunate hand injury he suffered in that fight, he wasn’t able to keep active and capitalize off of that momentum like he would have liked.  However, Omar Figueroa has stated that he is currently injury free and ready to fight! At times, it seems as though Figueroa doesn’t mind getting hit and his main focus is to put a hurt on his opponents even when he has to take a few punches before he delivers his own.  However, the tough Mexican-American possesses a granite chin and a true Mexican warrior’s heart.  This fight has a legitimate chance of becoming a fight of the year candidate and I’m expecting fireworks as most fight fans and media are predicting.