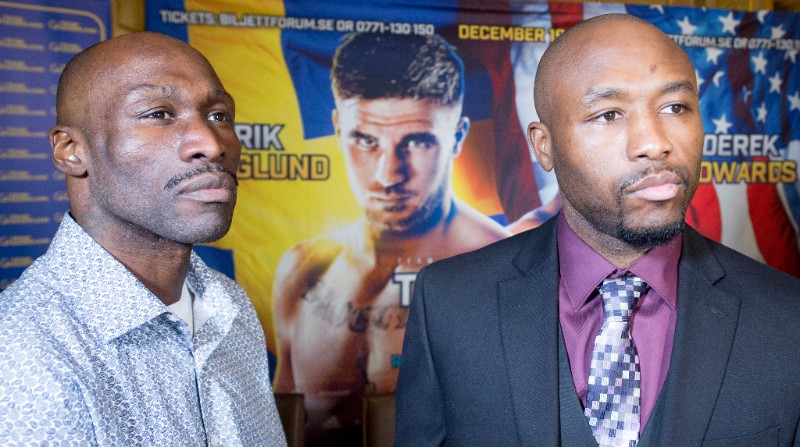 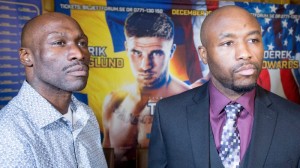 Edwards, who faces local hero Erik Skoglund, is full of confidence ahead of their ten-round light heavyweight contest having already enjoyed some success against Swedish opposition.

The 38 year-old from Phoenix defeated current WBC World Champion Badou Jack via first-round knockout in February 2014, and intends to deliver another devastating finish to his fight with the IBF Intercontinental Champion Skoglund.

‘’Erik had better be ready because I’ve been training hard and training smart, and I’m looking to win this fight big,’’ says Edwards. ‘’I’m going to take my time, utilize my experience and when the opportunity comes I’m going to knock him out!’’

DeMarcus Corley, the former WBO World Champion, takes on the London 2012 Olympian Anthony Yigit in an eight-round light welterweight bout, and the Texas-native says he is ready to derail the Stockholm-fighter’s promising career.

‘’Anthony is a young, undefeated fighter but his record doesn’t bother me. When you start out like him, your records protected so that doesn’t always tell the full story,’’ says ‘Chop Chop’.

‘’I’m expecting him to be fast and try to start strong, so I‘ll need to make some adjustments, but as the fight goes on, I’ll use my experience, pick my shots and break him down.’’

International matchmaker and boxing historian Don Majeski has also warned of a potential American whitewash. ‘’It could be a tough night for the Swedish boxers,’’ says Majeski, who has been involved in the fight game for over thirty-years.

‘’Edwards and Corley are two World-class fighters, and without a doubt, the best American boxers to fight on these shores since Sonny Liston and Floyd Patterson. I would not be at all surprised if we see two American victories on Saturday night!’’