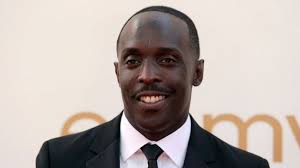 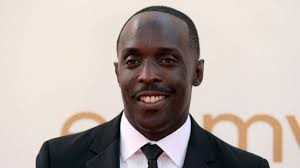 Jay-Z’s Roc Nation Sports made its boxing debut last Friday at the Madison Square Garden on Fox Sports 1. As expected, many celebrities were ringside for this historical event. One of my favorite actors Michael K. Williams, known for his brilliant roles on both The Wire and Boardwalk Empire, was also present. ThaBoxingVoice.com had a chance to ask him about his expectations for Jay-Z in boxing.

Like the general consensus among boxing fans and from people inside the sport, Williams is very optimistic about Roc Nation’s chances in boxing.

“I think Jay is going to bring excellence to boxing. Everything he has done, if you look at his track record, has been affiliated with excellence. He has a great taste and a great eye for talent. He is going to pick some good boxers, put them in the ring, cultivate their careers and hopefully bring back excitement to the sport.”

Williams is obviously referring to Jay-Z’s career in both the music industry and the sports industry. Not only was he a very successful rapper, his debut album “Reasonable Doubt” is up there in the debates of top 10 hip hop album of all-time, but he also launched the careers of many other music stars like Rihanna and Rick Ross. And he noticed the talent of and signed two of my personal favorites, Big L and Jay Electronica.

His career in the sports industry has also been nothing but a success. He signed several high-calabre professional athletes and negotiated great deals for them. Especially the astonishing 240 million dollar deal for Robinson Cano. Cano is far from today’s best baseball player and can’t even be bothered with sprinting to first base, yet he is one of the best paid athletes in not only baseball but in all sports.

But the actor who became famous for his brilliant role as Omar Little in The Wire, also pointed out that things don’t come easy. That there is a lot of hard work behind the success.

“If you look at his career, nothing has come easy to him. There was a time when he was trying to be a rapper and they say he is just a crack dealer. Look what he has accomplished thus far. Never underestimate anybody is what I say.”

Where this is all going to lead to is up to the fighters according to Williams. While the actor praises Roc Nation’s signing of Andre Ward and the eye for talent of Jay-Z, he is also realistic about the amount of impact the rapper can have on these fighter’s careers.

“Only time will tell what these boxers are going to do with this opportunity. Jay is not in the ring with them. He is not their coach. He signs them and tries to give them the best deals. The rest is up to them, it’s about what they are going to do in the ring.”

I think Michael K. Williams is spot on here. Jay-Z can bring in a big audience and great sponsors. But if Andre Ward is going to hold his opponent for twelve rounds, these same sponsors and new fans may be gone as quickly as they came.