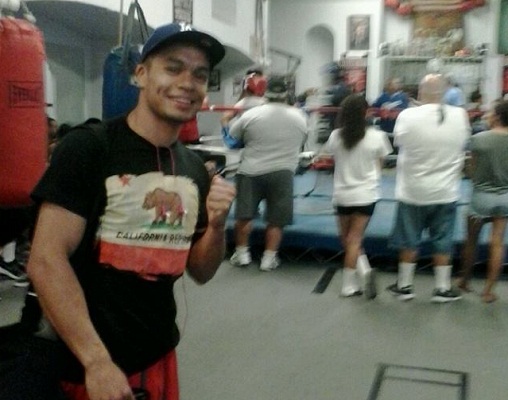 Former amateur boxing stand-out Alex Torres Rynn is set to make his professional debut on July 6th in Calgary, Alberta, Canada but it took time to decide to turn pro. Rynn was focused on being an Olympian but he had to one day wake up from that dream and after time and some discussion the decision was made.

“I have just been talking everything over with my Manager and yes, July 6 is the date,” said Rynn. “To be honest I really really wanted to be an Olympianbut every amateur boxer wakes up one day and he just has a feeling, either boxing is no longer for him or he wishes to go professional. Mine was obviously the latter and after going home and speaking it over with my people in Veracruz, México I got 100% backing to move forward that it’s time to move forward.”

Rynn will take on Kyle Oliveira whom has has promised to derail Rynn’s plans on a successful professional career. Rynn knows very little about Oliveira  but is is confident in his abilities to assure his victory.

“Experience, skills and intelligence will be the difference in my victory. I don’t over look anybody and have prepared myself 100%.”

Transitioning from an amateur to a pro may be difficult for some but Rynn believes that more work in the gym, patience and remaining calm will be key to going long distance and to wear down an opponent, body work is essential.

“I’ve just increased the rounds and duration of training. The intensity has kept the same as well so right now everything is clicking. And of course, like I said focus more on setting things up and just taking my time. A major difference will be relaxing more as the number of rounds increases. I noticed this in some gyms down in LA and in D.F., México. Some of these pros are not better conditioned than myself but their calm demeanour in the ring allows them to Go 8,10, 12 rounds no problem. That will be the major difference. The Gamboa-Crawford fight is an incredible example of this. Gamboa the Olympic gold medallist with 300+ amateur fights easily won rounds 1-4 but once you get past the ‘amateur rounds’ the more professionally calm Crawford starting taking him apart. Anyway, I’m not sure what you thought about the fight, but at least that’s what I noticed. Body work I believe is also much more important as a professional since it generally shows in the later rounds.”

If everything goes well for Rynn this Sunday he plans on fighting at least three times this year.

“It was a great amateur career with a lot of exciting fights around the world. And now I’m just ready to take it to the next level as a pro. Please come to my debut if you want to see a great fight!”