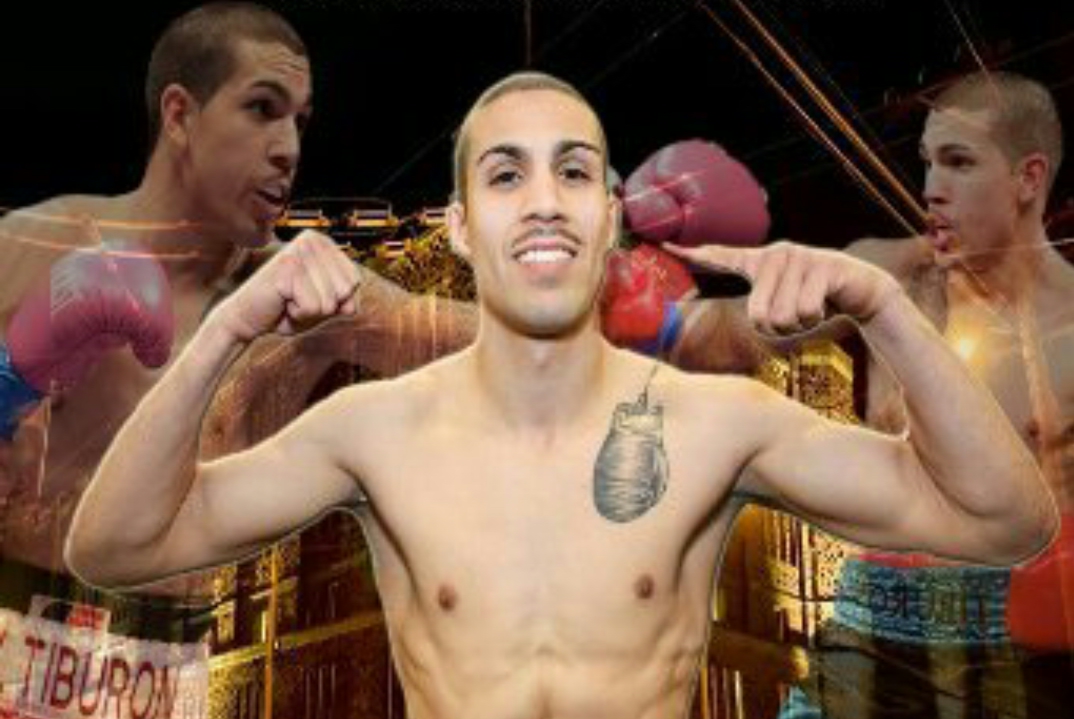 Andy “El Tiburon” Vences is a bright up and coming boxing prospect out of the Bay Area who comes from a fighting background. Both his father and grandfather competed in combat sports in Mexico. His father was a martial artist and his grandfather was a boxer.

Growing up Andy participated in martial arts  but longed to do something new and began boxing around the age of 13. The semi late start Andy had when he began boxing could have gone the opposite dirrection of where he is at today. In Andy’s first attempt at sparring (which was with far more experienced youth) he was knocked down and was eventually pulled out of the ring after the second round. For many kids, especially teenagers, nothing but doubt would have been left in their mind and they would want to quit. Andy’s love of fighting kept him going and has paid off in the long run.

“The first time I sparred I got knocked down about 3 times I didn’t even have the stance right,” said Vences. “It was my first time sparring and I sparred a guy that was much better than me. I was squared up and not even in a boxing stance and I was flat footed. Even when I threw a jab I was off balance. They took me out after the second round and as a teen I was sad as hell about it and was thinking like ‘damn should I go to practice?’ It was the fact that I love to fight and that I wanted to do it and learn it that kept me going.”

Amateur boxing and professional boxing are two different beasts. Andy had a bright amateur career but after a while he was searching for new challenges with new opponents and bad judging from his last amateur tournament pushed him to decide to turn pro which is better for him due to his fighting style.

“Bad judging made me go pro. That’s what really pushed me to go pro. You don’t know what they want anymore. Do they want you to pressure or to box? Amateur judging has gotten so much worse from when I turned pro to right now. I always felt like my style was more off a professional fighter’s just because it would take a couple rounds for me to sink in and then by the second or third round I was lighting my opponent up.”

Andy’s nickname says a lot about his fighting style. In Spanish el tiburon means the shark and that is exactly how Andy fights. He will continuously hit you until there’s blood and once there’s blood he goes for the kill.

“A shark is always in the water and once he smells blood he goes for the kill. My fighting style is pretty much like a shark. Once I see blood and the KO coming I get more aggressive.”

You can see Andy fight again on July 18th in San Francisco against Caesar Valenzuela.