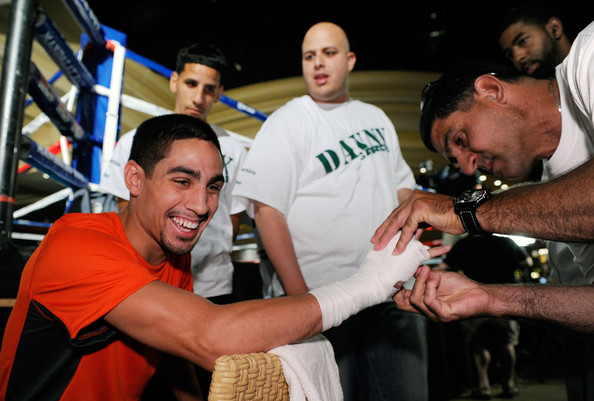 In an exclusive interview with Tha Boxing Voice, Danny Garcia’s father and trainer Angel has spoken out against the Floyd Mayweather rematch with Argentinian Marcos Maidana.

For me this comes across as a bit a tactical ploy in an attempt to somehow excuse the fact that his sons next opponent is Rod Salka and not a rematch with Mauricio Herrera. Despite the fact that everyone in the boxing world knows the win (via a Majority points decision) was extremely controversial, Garcia stated Herrera doesn’t deserve a rematch.

His reasons being, “If they ever beat Danny, they aint gonna give Danny a re-match” and he also believes Herrera didn’t show them enough the first time around to warrant a repeat.
He then avoided the question about which fight was the closest out of Mayweather vs Maidana and Garcia vs Herrera and instead chose to talk about the weight that Maidana entered the ring at.  Watch the interview for yourselves and share your thoughts in the comments section below.
Tweet