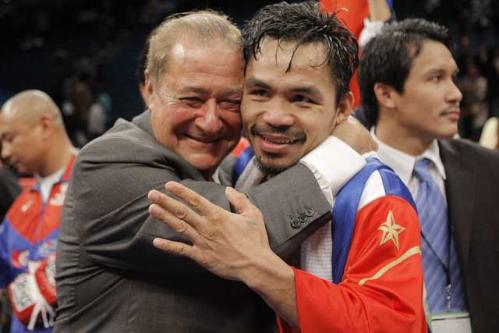 “For each of Manny’s fights that occurred in the United States, including those in 2008 and 2009, Top Rank withheld 30% of Manny’s purses and paid those monies directly to the Internal Revenue Service (IRS) via Electronic Funds Transfer (EFT).  Top Rank has deposit confirmations for each payment.  Top Rank has done the same for all U.S. endorsements it has facilitated on Manny’s behalf.

“Top Rank submitted copies of the EFT deposit acknowledgements to the Bureau of Internal Revenue (BIR) as proof of payment.  The BIR received the documents but directed Manny to obtain “certified” documents directly from the IRS itself.

“As I am sure people appreciate, obtaining certified copies of documents from the IRS takes time.  Manny made the formal request to the IRS and we have every expectation that the necessary documents will be furnished to the BIR very soon.”