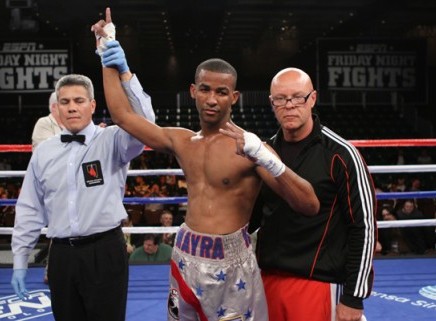 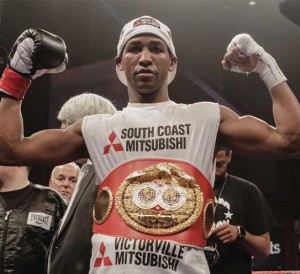 Rances Barthelemy outboxed a seemingly faded Antonio DeMarco at the MGM Grand in Las Vegas in a special edition Sunday PBC on CBS card. First, it was awesome to get live boxing on Sunday, especially with such a quality card. That said, the main event wasn’t competitive. It was, however, a very fun one-sided fight.

Barthelemy started quick and maintained control throughout the fight. He was boxing so well, but he was making it a point to be offensive and put hands on DeMarco. Barthelemy used distance beautifully and it made it nearly impossible for DeMarco to put together offense of his own.

In the 4th round, Barthelemy had been touching up DeMarco consistently and managed to score a knockdown on the very durable DeMarco. DeMarco made it to his feet and he was obviously okay to continue.

DeMarco didn’t let his hands go nearly enough, but to be fair Barthelemy was just masterful.

The one point to be made against Barthelemy was his power and how well it transferred up in weight. He was able to score that knockdown in the 4th, but he was landing big shots that landed flush on DeMarco’s chin, but he was able to eat those shots and remain grounded. To be fair, DeMarco is durable as I mentioned before, but it was the intensity of the shots landed versus the reaction of DeMarco that makes me question Barthelemy’s full power at the weight class.

Barthelemy was deducted a point in the 9th, although the fight was essentially in the bag by then because he’d already won enough rounds and DeMarco had no answers for rhythm and groove Barthelemy fell into early in the fight.

The fight ended up going the full 10 rounds and all three judges scored the fight 99-89.

The co-feature was a much more competitive fight, although Sammy Vasquez was never in any trouble of losing the fight in his unanimous decision victory over Wale Omotoso.

Vasquez was just beating Omotoso in every sense of the word. He punished Omotoso and it looked like Sammy would walk away with the easy victory. However, Wale made a solid comeback late in the fight and made it a war.

The firefights were fun to watch, but in the end Vasquez put in too many rounds early and walked away with the victory.