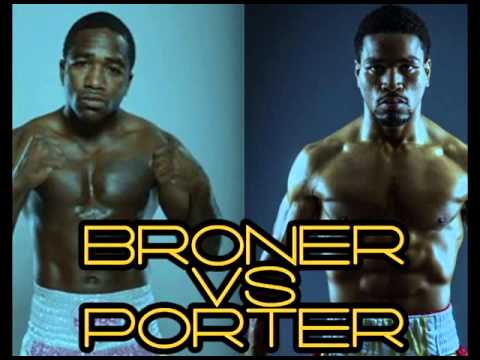 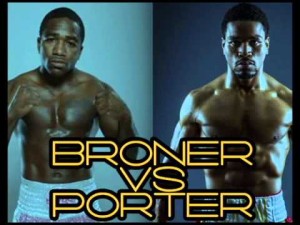 The fight will take place at a 144-pound catch-weight, and it also has a rehydration clause that will prevent the fighters from getting above 154 pounds. It honestly maybe one of the few 50-50 type fights boxing fans will see for the rest of the year.

The 27-year-old Shawn Porter was skyrocketing through the welterweight rankings.

The Akron, Ohio native was coming off good wins against Julio Diaz, Devon Alexander, and then the demolishment of Paulie Malignaggi and just as he was looking to make the step towards the top 3-5 of the division, he was shocked and beaten up by top UK fighter Kell Brook.

Losing to Kell Brook, who might be the 3rd best welterweight in the world, is not a bad thing, but with the run that Porter was on, and with that fight being on US soil, it’s a loss that will always be highlighted on Porter’s record, a fight that winning this weekend can cancel out.

Adrien Broner is a 25-year-old brash, cocky, but talented fighter out of Cincinnati. He was a dominant lightweight champion, skipped the 140 pound division to the welterweight to win a title there, but just like Porter, just as it seemed as he was on a straight line to the top, he was caught and sent back into reality by Marcos Maidana.

Since then Broner has reeled off three wins in a row, including an impressive fight against Emmanuel Taylor in front of his raucous hometown. If he takes the sport seriously, he can be a star, but with all of his outside hobbies, one must wonder if he’ll ever realize his tremendous potential.

This is a fight that can go either way. Porter fights like a pit bull. He comes at you constantly, throwing numerous combos. Broner doesn’t throw as many punches as he should, but he has fast hands and he slowly stalks his opponents and tries to bully them in the ring.

The key to this fight is Broner because he has two styles. He has shown he can come forward and stalk, which he has done against people like Gavin Rees and Emmanuel Taylor, but he has also shown he can sit back and counterpunch, which is less exciting, but maybe more effective against a fighter like Porter.

Both fighters have pop, and both have solid technical skills, so the fight comes down to styles and chins. Most might give the advantage to Porter, because of what Maidana did to Broner, but keep in mind, Broner was rocked by Maidana twice, and still finished the fight, while hurting Maidana a bit at the end of the fight.

I think the problem with Porter will be the rehydration clause. Porter fought in a naturally higher weight class and was a frequent member of the middleweight and junior middleweight divisions. Limiting him to 154 the same day will have an effect.

Because of the following reasons, I’m going with Broner by unanimous decision.

Unfortunately, a few fights here and there, not much of these bouts were close. Thankfully, this is one of those fights that no one seems to know what will happen and the Vegas bettors agree as this fight has the 2nd closest odds this year.

The only shame is that the fight is taking place in Las Vegas. With two fighters both born in Ohio, it would have been nice to see them fight in their home states.

As we know, everything doesn’t always make sense in boxing, but I thought they missed the boat there. It also would have been a nice treat for the boxing fans that happen to be NBA fans in Ohio since they’ve had a tough week.

The only thing we can do now is hope it to lives up to the hype and enjoy the fight.