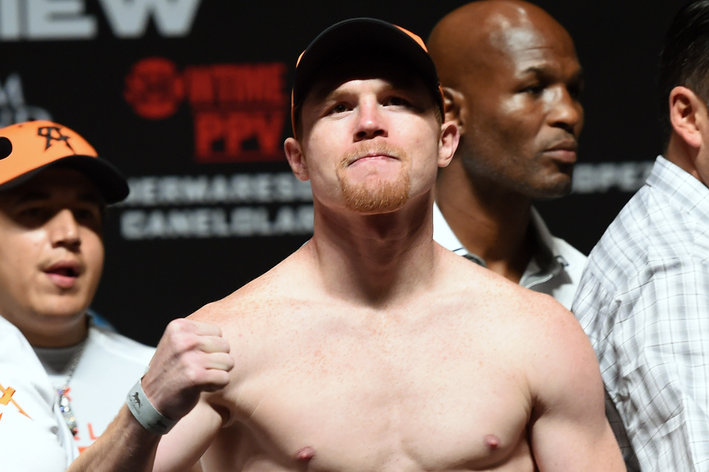 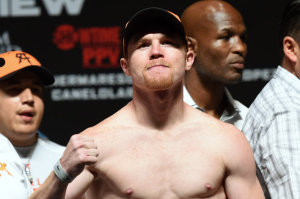 Alvarez will return to the ring in December to possibly face former IBF Welterweight champion Joshua Clottey on HBO, which could spell trouble for Showtime, as this means that Showtime is losing its biggest non-Mayweather attraction.

For HBO, they are going to reap the benefits. The 24-year-old Mexican superstar is obviously young and is not going to stop fighting anytime in the near future. What exactly brought Canelo back to HBO? “We are hard workers. We feel that HBO shares in that,” stated Alvarez. “I think I am going to get the right treatment at HBO. We are very happy to be back.” “I want to make history,” he added.

Is there the possibility of Canelo returning to Showtime? While Canelo and his camp did not close any doors, Golden Boy Promotions Founder Oscar De La Hoya chimed in, “It is a long agreement. It can go as long as possible.” While there is always a possibility of Canelo returning to Showtime, HBO has Alvarez at an opportune time because he is still in the prime of his career, which is key. “I am willing to fight anybody,” said Alvarez. “I want to make the fans happy.”

The announcement is going to have an impact on Showtime, but not for a couple of years. Floyd Mayweather Jr. is approaching the end of his career within his next two bouts. Furthermore, Mayweather could always opt out of a fight or two. Does this announcement hurt Golden Boy Promotions’ relationship with Showtime? “I would hope not,” stated De La Hoya. “We are a boxing promoter and we work for the fighter. We have fighters on Showtime like Leo Santa Cruz.” “This decision was made by everyone, especially Canelo,” he added.

One thing that was noticeable at the conference was how Oscar De La Hoya treats Canelo Alvarez. From my vantage point, De La Hoya treats Alvarez as if he were his son. Given Oscar’s accomplishments in the sport of boxing, how important is it to Canelo to have Oscar supporting him through this decision? “It was very important,” said Alvarez. “Oscar has so much experience and I am always going to welcome his input.” Alvarez also added that he would want to fight Manny Pacquiao at some point before he retires. Pacquiao would probably have to fight at 154 for just the second time in his professional career for that fight to occur.

May and September are two months that are very important for the Mexican people. In addition, Floyd Mayweather Jr. tends to fight during those two months. Is Alvarez afraid about a possible scheduling conflict with Mayweather? “I do not care who fights on those dates,” said Alvarez. “I want those dates and they are important dates for the Mexican people.”

At a young age, Canelo Alvarez has already fought some of the best the sport has to offer. At 24, Alvarez has already fought Floyd Mayweather, Erislandy Lara, and Austin Trout. De La Hoya added, “I can assure you. These are guys that no one would want to fight.” “We have not seen the best of Canelo Alvarez. At his age, he is ahead of what Floyd Mayweather, Manny Pacquiao, or I have accomplished,” he added.

With that being said, I write this piece as a 21-year old. I can assure you that I will be writing about Canelo Alvarez for the majority of my career. There will continue to be big fights for Canelo Alvarez. At just 24 years of age, Canelo is already paving a path that will make him a legend in the sport of boxing.