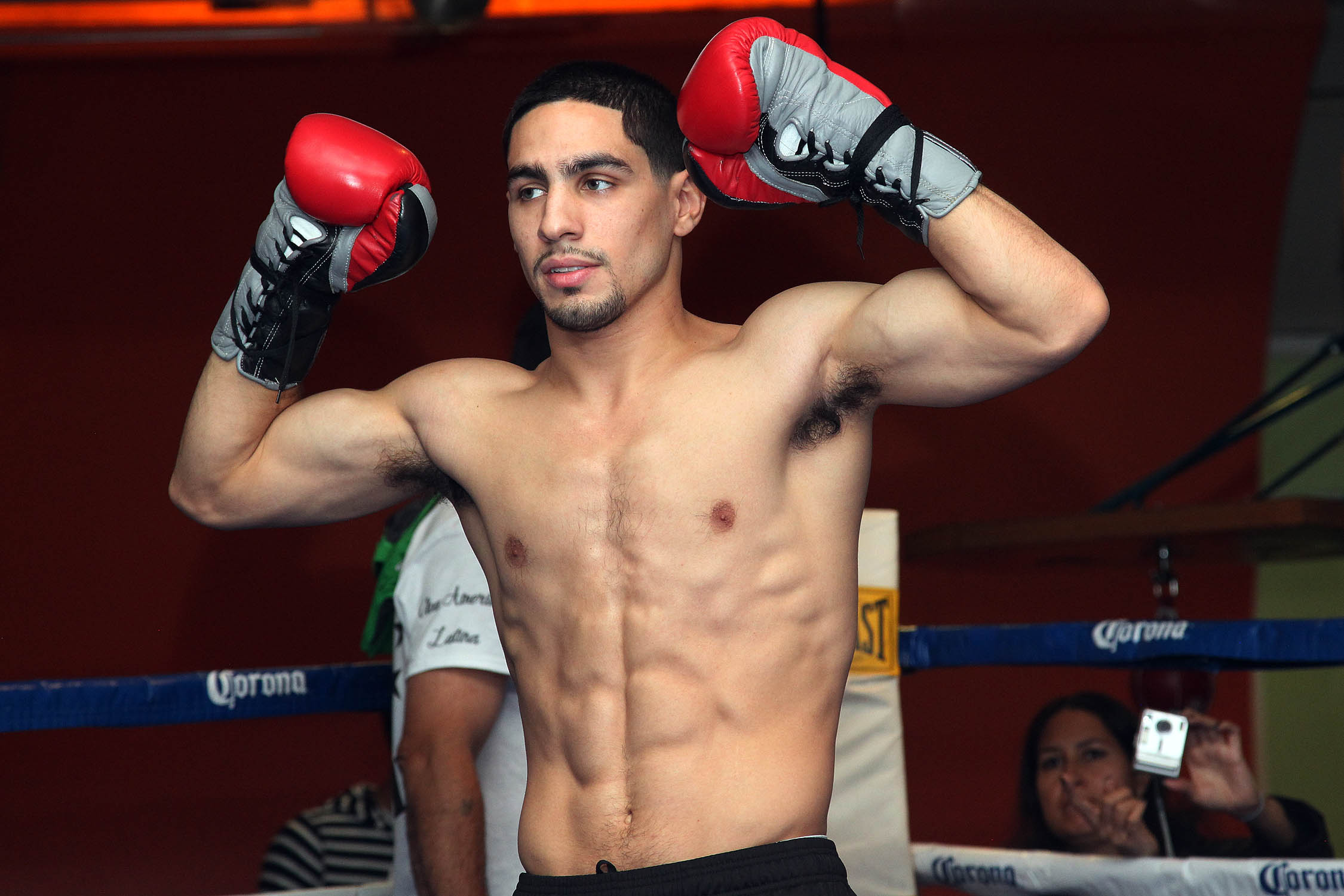 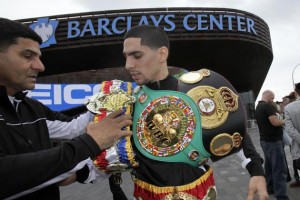 In the final week of preparation for his April 11th PBC fight with Lamont Peterson (33-2-1, 17 KOs), Danny Garcia (29-0, 17 KOs) sat down with the media and answered some lingering questions about the fight and what his plans are for the future.

Although Danny Garcia became a star as an overmatched underdog with a reputation for stepping up and delivering the upset in spectacular fashion, 2014 has left him with the stink of a fighter satisfied with playing it safe..

Unfair or not, that is the reality of his current situation and although the fanbase has been clamouring for this fight with Peterson for over a year, there is a lingering sense of disappointment and skepticism revolving around fight weights and belts.

Danny was asked about the decision to fight at a catchweight and whether it was a ploy to avoid putting titles on the line. He didn’t really answer the “why” of the question, but he did assure that it had nothing to do with protecting his titles.

“In order for this fight to be made, you know, the management, my team, his team, that’s the weight we agreed at. It wasn’t a reason for us to keep our titles… it was nothin like that.”

I’m not one of those people that questions Danny’s heart. He has done more than enough to prove he’s the real deal and willing to get in the ring with anyone. The idea that he is afraid to lose his title to Peterson, just doesn’t jell with what I have seen with my own two eyes.

It’s been pretty clear to many (including myself) that Garcia has outgrown the 140lb division This is most likely why the fight is at a catchweight. I have expected him to vacate the titles for a while now, and it looks like that might be the case in the near future.

“If I can’t make 140 for the summertime… I would love to fight one more time for the belt but if I can’t then I’ll definitely be fighting at 147 in the summertime.”

If Garcia’s team is smart, they will advise against the weight drain of getting down to 140 one more time. It’s time to let the belts go and start testing the waters at 147.

Danny also addressed the fan disappointment regarding the belts not being on the line and whether that diminishes the fight at all.

“No, it’s a big fight. I know a lot of fans want it to be a unification fight, but it’s still a big fight to me… and it’s the fight the fans wanted. I’m just happy… it’s time to show the world who’s the star of NBC… Danny Garcia.”

A unification would have been nice. It’s always nice to get all the belts on one guy and have an undisputed champion in a division. Unfortunately, that is not what we are getting, but it shouldn’t diminish anyone’s interest in the fight, as it’s still a great matchup that we have all be asking for.

Boxing has a lot of variables; promoters, weights, schedules, TV channels, purse splits, a million belts; As fans we have to accept that we will rarely get everything we want. Right now, we are getting two of the best in the division on network television for free. If you are complaining about that, maybe you are just more of a fan of the politics of boxing rather than the sport itself. The sport happens in the ring, and what we are getting in the ring on Saturday looks pretty damn good.

Lastly, Garcia was asked about what Peterson brings to the table in comparison to former opponents Amir Khan and Lucas Matthysse. Danny didn’t break the fighters down, but he dropped a pretty definitive declaration.

“They say styles make fights… my style can kick his butt.”