Thaboxingvoice hosts hit the roads again and went on another TBV Road Trip traveling from the Garden State of New Jersey to the city of Tuscaloosa, Alabama this last week. With the help of our sponsor, we received a 2017 Toyota Tacoma upon arrival to help facilitate our daily trips that week in Tuscaloosa to the WBC Heavyweight Champion Deontay Wilder’s camp. The powerful yet attractive Toyota Tacoma was absolutely perfect for that trip. 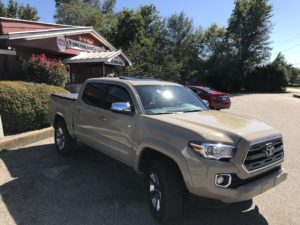 Being in the South, we fit right in with having a sleek truck. Nevertheless, we immediately noticed that this new champagne model was a head turner. The luxury-looking design of the truck frame gave it a unique appearance that will satisfy even those who have a taste for high-end automobiles. The spacious interior made it easy to maneuver the TBV equipment to and from the camp and workstation all while being cost effective on gas! This wasn’t normal of most pick-up trucks. The whole week TBV drove around from one end of the city to the other and TBV didn’t have to fill up the Tacoma once. Also, the Toyota Tacoma felt like a small car in terms of the relaxed driving capabilities and smooth handling of the vehicle. Nevertheless, it had quick and sharp-turning abilities compared to the industry standard on pick-ups. 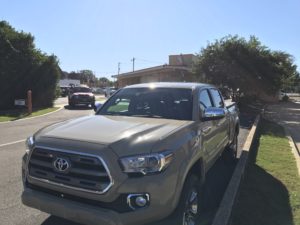 The amenities of this vehicle were exceptional. The 2017 Toyota Tacoma came equipped with a cordless charging station for certain phones along with plenty of USB ports. This made the task of charging our camera’s, phones, and other equipment seamless. The Bluetooth capabilities of the truck made playing music and taking phone calls automatic after only having to take a few seconds to set it up once. In addition, the truck had intense seat warmers for the chilly autumn weather in Alabama, keeping us warm and secure throughout our early morning coffee drives to begin the work day and feed our TBV fans exclusive boxing content. 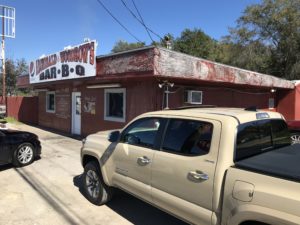 After leaving Deontay Wilder’s camp and heading back home, the TBV crew had a difficult time saying goodbye to the luxury champagne colored 2017 Toyota Tacoma with great gas mileage. With these high standards, it makes it easy for anyone to get accustomed quickly to such a vehicle.