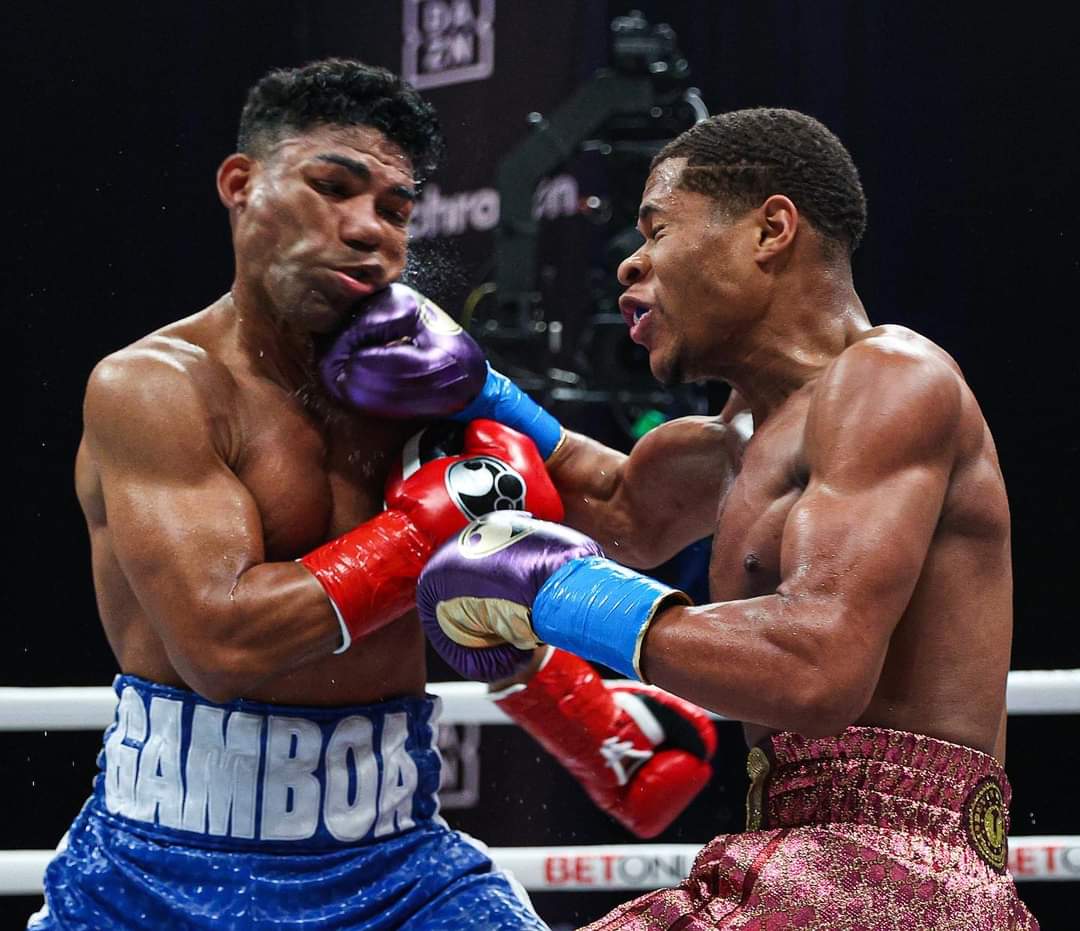 There was plenty of action to go round the night of November 7th pop most eyes in the boxing community had to been focused on  WBC lightweight champion Devin Haney.   Haney took on Yuriorkis Gamboa in about that he was highly criticized for and it was expected to be easy work, after all, Haney expected a spectacular showing to cement his place among the top of the division.

Unfortunately for Haney, the only thing that went his way was the victory.  Haney expected to have at least four knockdowns against Gamboa but he scored zero.  He spent a good chunk of the fight looking for counter shots that failed to put Gamboa away and did next to nothing impressive. We didn’t even get the typical Gamboa that we are used to seeing in a fight.

If you watched the fight, you would see nothing spectacular but if you were just listening to the fight you would assume that  Complete domination was taking place from the way the announcers Chris Mannix and Sergio Mora hugged Haney’s nuts ever so tight but there was nothing spectacular about the performance or the A- score they gave Haney.

The truth is Haney seemed like a normal fighter against a way past his prime fighter. Gamboa was stationery throughout the fight and didn’t have that fire burning in his belly (which looked way different than what it has).  It could have been from the injury he suffered in the Davis fight or could just be father time showing that no exceptions were made for Cuban fighter.  It should have made for an easy knockout but the fight with the full twelve rounds.

There are mainly two types of fighters:  Those that are elite that get avoided and those that are entertaining that everyone wants to see whether they win or lose.  With tonight’s performance, Haney has shown himself to be neither of those two and still has a lot of work left to go.