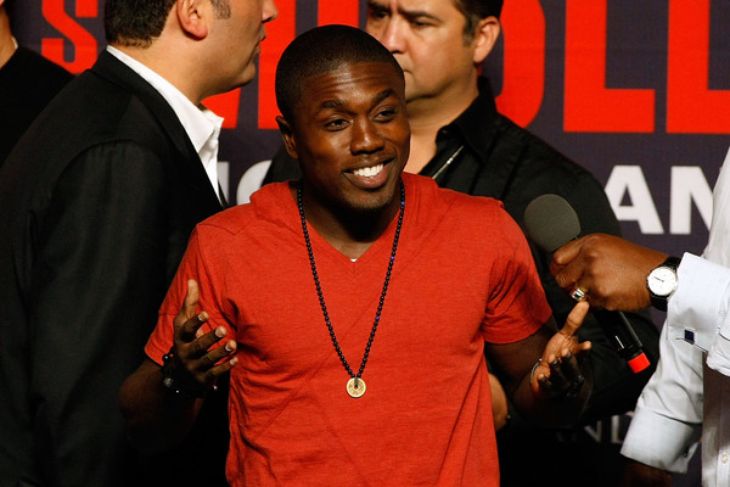 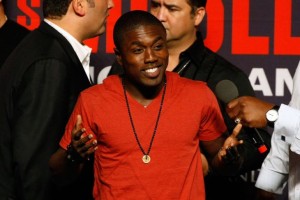 Andre Berto must have woken up a happy man the morning after getting redemption on Saturday night against Victor Ortiz. He may be a little sore due to some of the punches he took but the fact that the fight did not go the full twelve rounds made it easier for him to get out of bed this morning and hopefully, it will get him back into the gym sooner and more importantly an opponent lined up.
That being said, who should Berto face next? There was talk on Saturday’s PBC telecast about the winner facing Danny Garcia, but with the possibility of Garcia fighting Floyd Mayweather, there are only a couple champions out there that Berto could face. Should any of the champions opt out of fighting Berto the best thing he can do is take any fight to keep busy especially if he wants to keep his momentum going strong.
One man has stepped forward and is ready and willing to get in the ring with Berto and that man is Columbian – Canadian welterweight  Sam Vargas.
Vargas has been tested  against one of the biggest names (even though he is up and coming) in the welterweight division, Errol Spence. Vagas came up short with a first round stoppage loss and has been looking to prove his worth since and a fight with Berto could do it for him and he mentioned his interest after the Berto – Ortiz fight.
“Joel Diaz said it best, Victor Ortiz is done,” stated Vargas via Twitter.  “I’d love to exchange some leather with Andre Berto.”
Vargas is currently scheduled to fight Juan Armando Garcia on May 14th for the WBA-NABA welterweight title and should he win in impressive fashion he could get that shot that he is looking for to prove himself whether it be against Berto or another name in the division.
Tweet