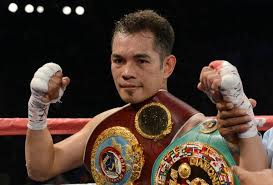 Nonito Donaire is set to return to face Nicholas Walters on October 18th at the StubHub Center in Carson, CA in a WBA Super Featherweight unification bout. The match will also serve as the co-main event to Gennady Golovkin vs. Marco Antonio Rubio which will be headlining the card. Both Donaire and Walters are promoted by Top Rank, but with no television dates free this year, the bout ended up on the Golovkin card.

In what comes as a surprise to some, Donaire will not be rematching Simpiwe Vetyeka as was originally thought to be the plan. Donaire, who won via fifth round technical decision to obtain the WBA Title after the fight expressed desire to face Vetyeka again. The bout was viewed by some as contervorsial, but both Nonito Donaire Sr. and Mike Bazzel who worked Donaire’s corner explained that in the rules meeting it was explained that a fight would be stopped abruptly over a foul. Hence when the head clash occurred, much to the dismay of the fans,  the fight ended early.

For Donaire, Walters is essentially the most dangerous foe he could of chosen to face as Walters is largely unknown to the masses and packs concussive power. Earlier this year, Walters battered Vic Darchinyan into retirement. In a classic bout of styles make fight, Donaire will have to prove to the viewing public that he still has what it takes to be rated on the pound for pound list as he faces not just a skillful fighter, but one who fights with bad intentions.