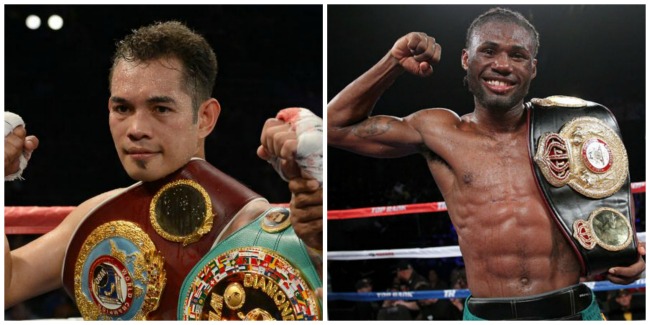 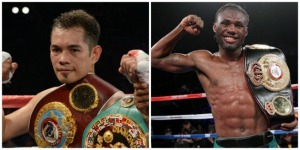 This Saturday, HBO returns to the Stubhub Center in Carson, California for a pair of good competitive title fights in the middleweight and featherweight divisions. The new face of HBO boxing and one of the fastest rising stars in the sport, Gennady Golovkin, otherwise known as “GGG”, will defend his WBA super world middleweight and his IBO middleweight titles against a power punching veteran from Mexico, “El Veneno” Marco Antonio Rubio. Also on the undercard will be a great battle between 2 of the top 5-6 featherweights in the world. The WBA Super World Featherweight Champion, “The Filipino Flash” Nonito Donaire will defend his belt against the undefeated man from Jamaica, the regular WBA Featherweight Champion, Nicolas “Axeman” Walters in a unification bout.

Gennady Golovkin is quickly becoming more known around the world. He has a fan base from Kazakhstan that travel to see him and he has the type of style that draws attention from the old school boxing fans. Golovkin will be entering the ring with an unblemished 30-0 record with 27 of those wins coming by way of KO. His style has been compared to one of a Mexican, which has sparked the coined phrase of this event #MexicanStyle. Golovkin’s team has wanted to see him on the West Coast for a while and with how fast the tickets sold out for this event that may reach 10k people, this will not be the last time we’ll see him out there.

Golovkin’s opponent is a known name to the true fans of the sport. Marco Antonio Rubio has been fighting and knocking people out since he debuted as a professional in 2000. He holds a record of 59-6-1 with 51 KOs. Rubio has been a good solid fighter in his career but, now at 34 years old, has never gotten that one big signature win. He hopes his power will test Golovkin’s chin like no other before and pull off the upset in front of what should be a raucous crown in Carson.

I think that this has the chance of being an action-packed exciting fight. Golovkin has faced power punchers like Curtis Stevens and has faced technical fighters like Daniel Geale, but Rubio is a little bit of both. It is just another hurdle that Golovkin must clear before getting the bigger fights like Canelo, Cotto, Chavez Jr, and Froch. Golovkin should use a similar style as he did against Geale where he boxed and waited for his opportunity to attack. Can he take a punch from Rubio like he did from Geale? We’ll have to wait and see, but I think he can. Because of that I’m taking Golovkin by 4th round stoppage.

Nonito Donaire has gone through a lot mentally in the past 18 months. He was on top of the world as the most dominant super bantamweight in the world, and then Guillermo Rigondeaux controlled 8-9 rounds against him, despite Donaire putting him down in the 10th. It was Donaire’s first loss in 12 years, his second bout as a professional. Now, Donaire is 33-2 with 21 KOs and sits a top of the featherweight rankings. He will be trying not to have the same fate happen to him again.

Nicolas Walters is a 28 year boxer with good pop and a very long reach which accentuates his jab. He will be stepping into the ring with an undefeated record of 24-0 with 20 KOs. Even though he has not faced a top notch level of competition as of yet, his last fight against, solid veteran, Vic Darchinyan was very impressive as he knocked him down once in the 2nd and twice in the 5th to end the fight. He is hoping that another impressive stoppage against the current best featherweight in the world would skyrocket his name up not only the featherweight rankings, but put his name securely in the spotlight for future big money events.

Even though the Golovkin-Rubio fight sold the tickets, this fight may steal the show. A case can easily be made for either fighter to win this fight. Donaire has the experience and has been tested much more than Walters. On the other hand Walters is younger, stronger, has a longer reach, and at this point in his career, probably hungrier. In the end I’m going to go with the minority and go with Donaire by split decision. Most look at this as the rising star vs. the falling star, but I’m a person who doesn’t like crowning people before they earned it. Walters has a lot of talent, but until he proves it against a current top dog like Donaire, I’m going with the more proven guy.

When all is said and done, this should be a good skillful event that will hopefully bring some new casual fans into the sport. With these two bouts, they are sure to get some action and the best thing about it is that it’s on normal HBO, not PPV. So I suggest if there is someone that you want to try to rope into the sport, have them sit down on Saturday night and watch this event that will sure to have them on the edge of their seat.