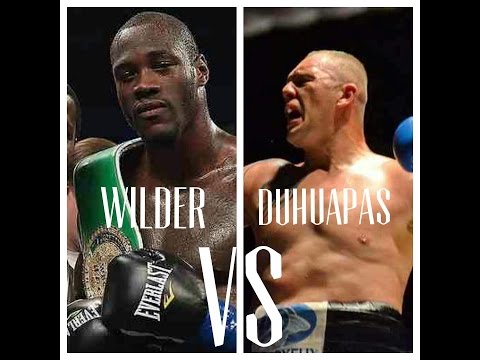 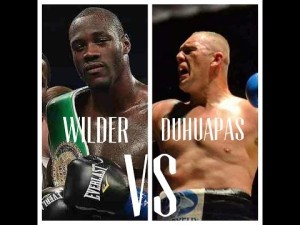 Johann Duhaupas said he is ready knockout WBC heavyweight champ Deontay Wilder when they meet at the Legacy Arena in Alabama this Saturday night.

The fight is Duhaupas’ first shot at a major heavyweight title and at 34 he feels he has put in all the work in training needed to pull off an upset.

“We’ve got a great strategy in place,” Duhaupas said during Wednesday’s media workout before the fight. “I have 15 years of experience. He’s a wonderful adversary, but like us all, he has weaknesses that I can expose.”

Duhaupas (32-2, 20 KO’s) is giving up height, reach and age to Wilder and will be fighting in the defending champ’s home state about an hour from his home in Tuscaloosa.

“Deontay’s a great fighter that hits very hard,” Duhaupas said. “I know that we’re in his neighborhood, and that puts extra pressure on the fight. Either way, it’s a world title fight. Doesn’t make a difference if it’s in his backyard or mine.”

Wilder (34-0, 33 KO’s) will be attempting to defend his title for a second time this year and says that he is aiming for another knockout defense.

Wilder sees his fights as opportunities to show off his capabilities as champion and is eager to “test” his right hand again after injuring it at the beginning of the year against Bermane Stiverne.

“I don’t look at video or any of that stuff,” Wilder said. “I like to adjust when I get into the ring. It get’s me involved mentally and I can show off my IQ in the ring. I can’t wait for that bell to ring.”

While Duhaupas is not the most formidable opponent for Wilder to face, Wilder insists on showing his challenger respect as a fighter.

“When you talk about the heavyweight division, all of the guys and big and strong,” Wilder said. “You have to respect each fighter. At the end of the day, the records don’t matter. It’s about who’s the toughest, who’s the smartest and whose the most motivated in the ring.”

Jay Deas, Wilder’s longtime trainer, acknowledges that there are bigger names and talents in the heavyweight division for his man to take on. Alexander Povetkin is ranked number one by the WBC, and there were rumors about a possible showdown until the announcement of Wilder-Duhahupas. Deas says that while they wait for fights like that to materialize, Wilder can remain active against the likes of Duhaupas.

Deas summed up the heavyweight division as good as anyone could and pointed out that his man will be prepared for anything the future holds.

“In the heavyweight division, anybody on the right night can be champion,” Deas concluded. “That’s why it’s our job to make sure Deontay is ready mentally and physically. We know he’s ready.”