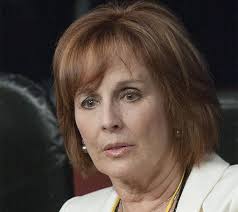 Much like many promoters in the sport of boxing, Kathy Duva of Main Events has an opinion as to what Al Haymon and the PBC brand is doing. In fact before the Golden Boy Promotions and Top Rank Inc. lawsuits against Haymon, it was Duva who first took Haymon to the task in a lawsuit. That lawsuit has since settled, but Duva still offers an opinion on what Haymon is doing.

“What (Haymon is) doing is hurting the sport,” Duva told RingTV.com. “I know it’s good for some guys who are getting a lot of money – more power to them – but it’s not sustainable and makes no business sense. As much as people would love the networks to start spending hundreds of millions for boxing – because if they did I could sell them fights that would be great – it would be wonderful if that could happen, but there’s just a lot of reasons why it’s not likely.”

Duva says Haymon’s game needs to be stepped up if he intends to have success.

“The bigger problem is the execution, because what they’re doing now is salting the earth before they go because the concept is not sticky, the fights are not mind-blowing,” Duva said. “The problem is the market is being distorted. A few guys are making money in the short run, of course, but it’s not every fighter who puts on a pair of gloves. It’s certain fighters, and that’s great for them.”

She says the world of boxing is too big to be run by one entity.

“One person isn’t going to look out for the welfare of the thousand or so people who make their living as professional boxers in the United States and it’s a fool who thinks that could happen. Monopolies are not good. We’re just gonna keep doing our job, building what we have and working with a network that has made every champion of the last 30-odd years … and trust they’re doing the same great job with Sergey as everyone else.”

She says money isn’t the only thing that makes you successful in the sport; you actually have to promote.

“Over the years since I’ve been involved in the sport there has been at least a dozen of these people that come along with lots and lots of money who think, ‘Oh, well, these people that run boxing are idiots. We know how to do this, we’ll just take it over.’ And as Bob Arum keeps saying, talking about all the bleached bones of all the people that have just tried to do it … this is just gonna be another pile of bones.”