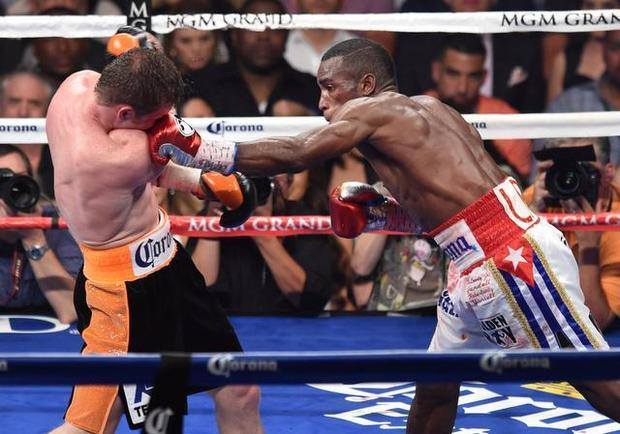 Since his split decision loss to Saul Alvarez last night Erislandy Lara has received quite a bit of heat and has been called a runner which has offended the Cuban boxer. Lara took to social media and compared his style of boxing to Floyd Mayweather’s and asks what the difference is between the two. Lara also sounded off on the 117-111 scorecard, Canelo and Oscar De La Hoya.

“This sport is called BOXING! It is not street fighting,” said Lara. “When Floyd Mayweather moves it’s called boxingand when I do it it’s called running? 117-111? Canelo you know you lost! Champions speak the truth! What a liar! Thanks Oscar. Mexico and the world knows the truth!”