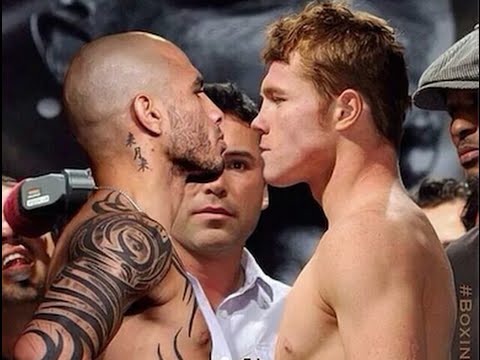 Hall of Fame Puerto Rican legend, Felix “Tito” Trinidad (42-3, 35 KOs), gave Tha Boxing voice’s own Sean Zittel some of his time on the night of his being inducted into the Nevada Boxing Hall of Fame. In this interview, Tito Trinidad states he would have beaten Canelo Alvarez at any weight class, and that in the ring there was no respect for his opponents. Check out what the former 3 division world champion had to say about looking back on his career and more. Subscribe to the voice of the people, The Boxing Voice.