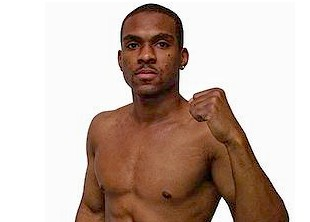 Trainer George Peterson, Paul Williams’ former trainer, had this to say about Williams:

“He has all the skill he needs to become light heavyweight champion. A couple more fights, he’ll be ready for anybody out there. He was in the same camp with Paul Williams and saw his work ethics. Paul Williams was a mentor to Thomas.”

Taking on Campillo is a good barometer to determine if Williams is ready for the next level of fighting. “Thomas has the power and skill to get in there and stop this guy”, said Peterson. “Two or three more fights, the whole world will know about Thomas. We’re fighting guys with winning records. He’s not green to the sport. That was the same approach Paul Williams had. We’re not ducking nobody.”

“We’ll take Adonis Stevenson in two more fights and that German fellow, Kovalev”, states Peterson in reference to Williams’ future plans. “We see some areas in there we can capitalize on. He’s the top one on our list.”

Having George Peterson as a trainer and the infamous Al Haymon as a manager/advisor, Williams is destined for greatness and notoriety if he can get past Campillo August 1.