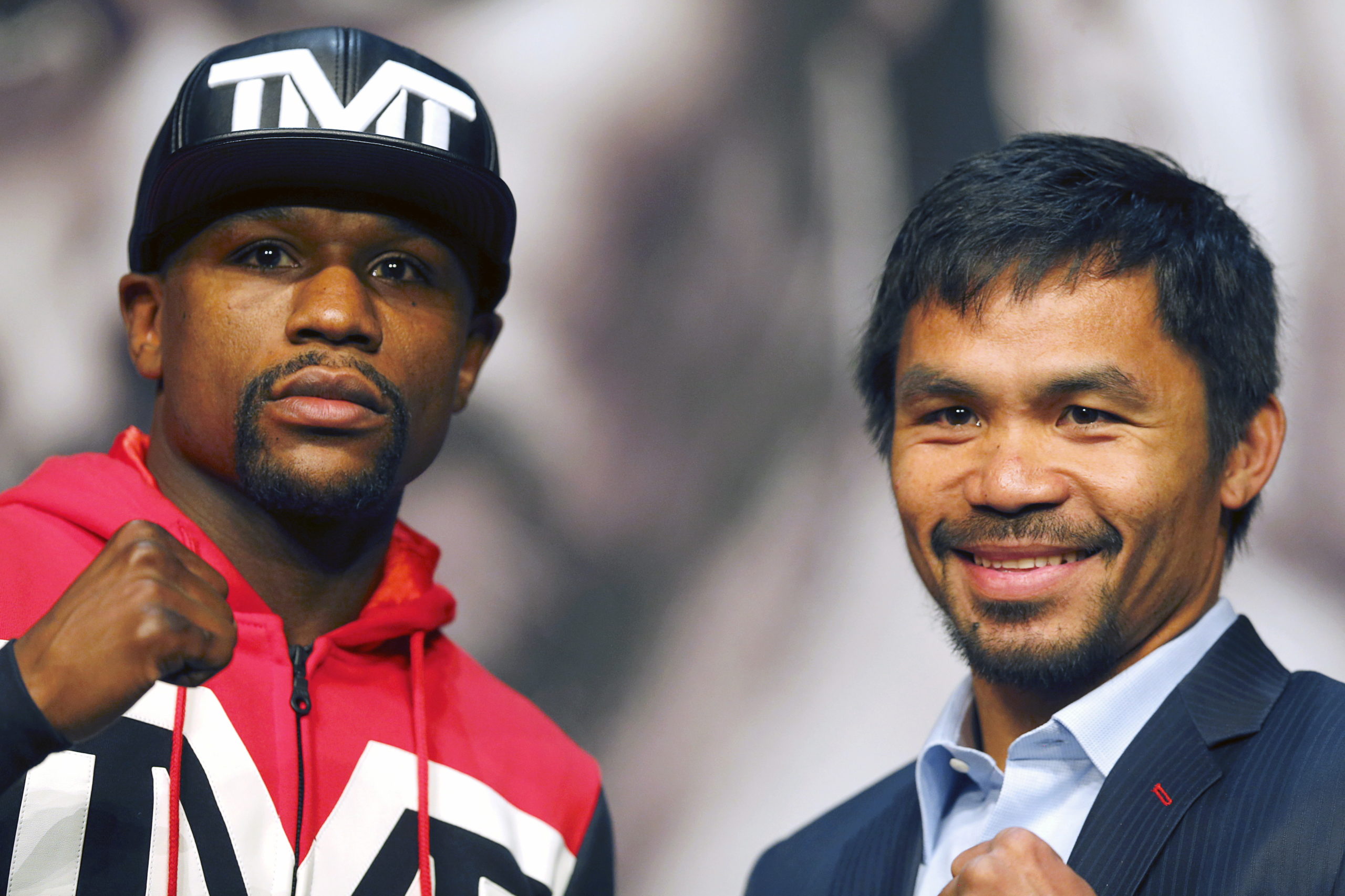 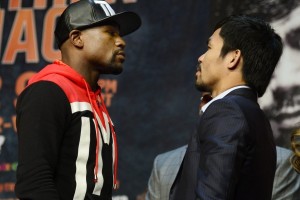 The calm before the storm is about to pass in Las Vegas as the final press conference for Mayweather-Pacquiao came to an end Wednesday afternoon, leaving only the weigh-in and fight night left to come.

Mayweather (47-0, 26 KO) and Pacquiao (57-5-2, 38 KO) stood before an exclusive media-only conference, which saw both fighters mutually respectful towards one another in the build up for May 2nd. Neither man has employed trash talk or mind games since the announcement of the fight. Some speculated that Mayweather’s hiring of Alex Ariza, former strength and conditioning coach of the Pacquiao camp, was an attempt at playing with Pacquiao’s head. However, that’s been widely reported since before the fight was announced and neither Pacquiao nor his trainer Freddie Roach seem worried.

“I’m so happy because that feeling and that focus that I had many years ago is back,” Pacquiao said. “I’m confident and relaxed.”

Mayweather sat calmly in his trademark “TMT” hat and red sweat suit as he waited to speak. He no longer feels the need for the antics he used to perform at press conferences.

“I’m a lot wiser than I once was,” Mayweather said. “This fight sells itself. Our ultimate goal was to get to this point, whether it was Manny or another fighter.”

While Mayweather is widely considered the #1 fighter in the world, it has been three years since he shared that spot with Pacquiao, who suffered losses to Timothy Bradley and Juan Manuel Marquez in 2012. However, Mayweather embraced his opponent as a fellow top fighter in the sport.

Pacquiao also said he could not tell how the fight will unfold, but is ready for boxing’s richest bout nonetheless.

“I don’t have a prediction, but I’m excited,” Pacquiao said. “I’m confident and I feel for the first time that I’m ready for the fight.”

Promoters, Leonard Ellerbe (Mayweather Promotions) and Bob Arum (Top Rank Inc.), seemed closer to fighting each other than Mayweather and Pacquiao did during the final conference. After Arum declared HBO, best in the paid television business, Ellerbe snapped back saying that it is Showtime who has the biggest athlete in sports. It was the closest thing to an exchange of heated words in an otherwise subdued press conference.

Arum took the time to praise the relationship between fighter and trainer in Pacquiao and Roach.

“People have spent a lot of time during this event watching Manny train, but more importantly, watching Freddie teach,” Arum said. “It’s great to see two guys on the same wavelength, working on the strategy and then working it out in the ring.”

Roach, a seven-time recipient of the Boxing Writers Association of America “Trainer of The Year Award”, is considered to have one of the best minds in boxing. He said that Pacquiao is the underdog, which has worked in their favor in the past and that Pacquiao’s speed and pressure will deliver an upset.

“I think we will win a decision and outpoint this guy,” Roach said. “If the knockout comes then that will be a bonus.”

While Pacquiao has suffered defeats and even knockout losses, Mayweather has remained as close to perfect as can be inside of the ring. Mayweather Sr., who has trained his son on and off since he was a boy, is confident in a Mayweather victory.

“Whatever happens on Saturday,” Mayweather Sr. said. “It’s going to be one-sided. Pacquiao is going to sleep.”

However, Roach does not see Pacquiao’s recklessness as problem for his man.

“Manny is reckless, but that’s his style,” Roach said. “He tries to win fights and people enjoy his fights. He gives it his all, and sometimes you get knocked out, that’s part of boxing.”

The final press conference is more of a formality for this event. Everything that could have been written about has been done in the five years waiting for this fight to happen.

There were no questions asked that haven’t been asked before; all that’s left is, who will win?