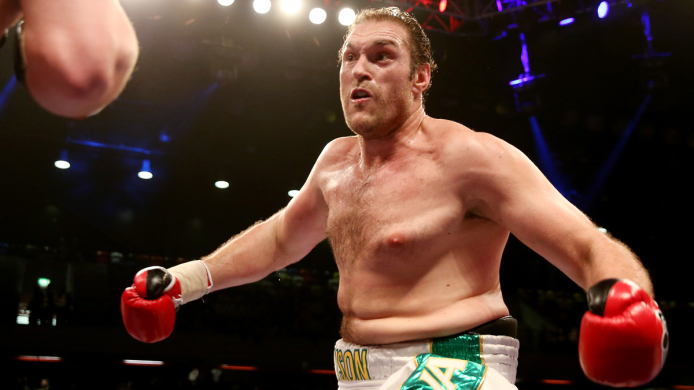 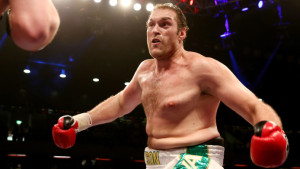 “You’re going to see a whole new Tyson, different to how he’s ever performed to before. He’s got to raise his levels 10-fold. That’s what he’ll need to do to beat Klitschko, and that’s what he will be doing.”

This was trainer Peter Fury speaking to Sky Sports about his nephew and student Tyson Fury (24-0, 18 KO’s), who will challenge the heavyweight champion of the world Wladimir Klitschko (64-3, 53 KO’s) for all his belts on October 24th.

The Furys will have to travel 400 miles east from their home in the UK to the ESPIRIT Arena in Dusseldorf, Germany to stake their claim, and Uncle Peter detailed the progress they have already made in training at this early stage.

“It’s his third week in camp. Everything’s going well, and he’s dropped over 35 lbs. in body weight already. He’s going to be totally lean, and he’ll be in the best shape of his whole career.”

Which is great news when considering past occasions when Tyson has entered the ring in rather unsightly physical condition. The motivation has been provided by the lofty occasion it would seem.

“This is what he’s always dreamed of, what he’s worked for all his life. He’ll be in the best shape physically and mentally. It’s a fight he knows he can win so he’s looking to bring all those belts back.”

Fury attained his position as Klitschko’s mandatory challenger by climbing the ranks of the WBO whose belt will be on the line alongside the WBA Super, IBF and (the lesser) IBO straps. But as is always the case with Klitschko the whole bag of goodies will be up for grabs as he prepares to dispel yet another in a long line of challenges.

Fury has slight advantages in height and reach and has a propensity to box well on the outside as well as hustling up close, an area where Klitschko has shown his only true deficit.

Physically and technically he is apt for the task but there is no way he can gain a measure of the experience the champion will have taken from 27 world championship fights.

Klitschko has earned his longevity by playing to his strengths; an accurate and powerful jab, a booming right hand and left hook, and making the most out of his size. He grabs ahold up close, squeezing and leaning on mostly smaller opposition to sap their energy and diminish their vigour.

These were techniques that began to be developed as safety precautions after two knockout defeats in thirteen months to Corrie Sanders and Lamon Brewster over a decade ago. They have since been honed and perfect, keeping him unbeaten in his last 22 appearances.

Fury will have to bring all that his uncle promises and more. The physical conditioning is a big part and he has made a good start on it, but he will have to go in there with the right tactics and disciplined mindset to have the best chance at dethroning the true king of the heavyweights.