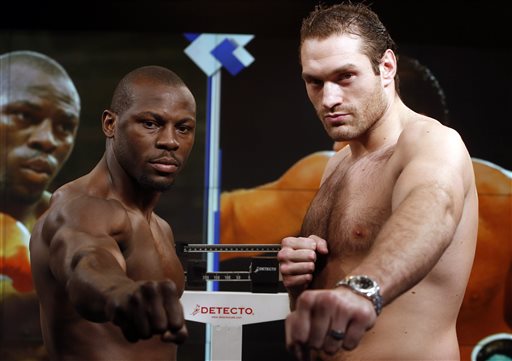 If championship pedigree was measured purely on confidence then heavyweight contender Tyson Fury would most likely already be unified champion. On the surface, his US debut was a positive one, a 7th round KO over a solid veteran fighter who had previously never been stopped. In reality however, the developments of the fight have lead to many more questions of Fury’s abilities and future prospects.

Addressing the media at the post fight press conference, Fury was in his usual good spirits.

Fury was on the receiving end of a one-punch knockdown and badly hurt on another occasion, courtesy of long time Cruiserweight Steve Cunningham who has never been known for his punching power, taking part in only his 3rd fight at heavyweight.

However, Fury’s appraisal of the fight wasn’t that far off the mark. After the strong start, Cunningham was constantly on the retreat in the rounds leading up to the KO defeat, the bigger and surprisingly agile Fury, showed good movement for a man of his size, utlizing it to close the distance and wear down the increasingly fatigued Cunningham.

“The guy is a good boxer but he’s not a good dogfighter, I brought him into a dogfight and he came out a loser, the big dog will always win bigger stronger better,” Fury said.

The burning question is whether he will be able to do the same to future opponents, especially those more comparable and capable of dealing with his weight and size. Skeptics will wonder how successful the ‘dog fight’ approach will prove against perspective opponents: Kubrat Pulev and the Klitchko’s for the self proclaimed ‘Best Heavyweight in the world.’Following the Cunningham fight many would say unlikely but the biggest advantage Fury has, many will be watching to find out