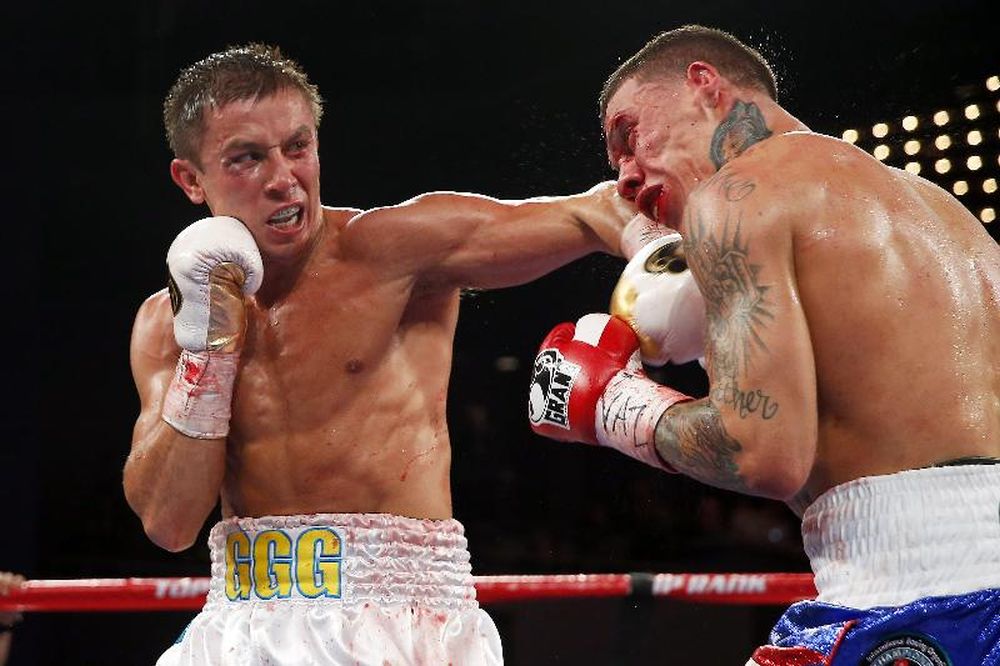 “Since his HBO debut less than two years ago, Gennady has become the hottest international star in boxing and we’re thrilled to promote his return to Madison Square Garden, the premier venue for boxing,” said Tom Loeffler, Managing Director of K2 Promotions. “This will be Gennady’s first fight in the main arena at Madison Square Garden something that only a select few could headline today.”

“Daniel Geale is a throwback fighter who has never backed down from a tough challenge and his mindset is no different going into the Golovkin fight,” said Gary Shaw. “GGG” is considered the top dog in the middleweight division by those in the business, but I believe Geale is the best.  We will see how Golovkin fares against someone on his level.  I have confidence Geale will come out on top.”

“I’m happy to be fighting at Madison Square Garden once again. Fighting in front of the great fans in New York City for the third time is an honor for me and I will train hard to defend my titles in style by giving the fans an exciting show,” said Golovkin. “Daniel Geale has a lot of world championship experience, is a big international name and I look forward to this challenge.”

“I’m pleased to be making my way back to HBO against Gennady Golovkin, a fighter who everyone thinks is invincible,” said Geale. “A victory will get me back to where I want to be. The people of Australia believe in me and that’s what drives me, my countrymen.  I want to show them they have a great champion.  On July 26th the world will see me back on top.”

“Gennady Golovkin became a breakout phenomenon in 2013, a year both he and Daniel Geale gave fans exhilarating performances on HBO,” said Peter Nelson, Vice President of Programming, HBO Sports. “Golovkin-Geale looks to exceed the high expectation these fighters have set for their fans. This match almost happened before, including what became the night Golovkin made his HBO debut in 2012, while a half a world away Geale won the middleweight title that Golovkin now possesses. There is an intriguing storyline to the fight, to which both fighters seek to write a emphatic ending in the ring at Madison Square Garden on July 26.“

Said Bill Treacy of Grange Old School Boxing, Geale’s co-promoter, “Of all the potential fights this is the one he wants the most. I firmly believe Daniel is the most talented middleweight in the world. The opportunity to return stateside in the main event on a HBO show at Madison Square Garden for two world titles is the ultimate motivation for him to put it beyond doubt.”

With the highest knockout ratio (89%) among all active champions, in addition to his extraordinary growth in viewership on HBO, Golovkin, 29-0-0 (26KO’s), has become a must-see attraction in the international sporting world.

In 2013, Golovkin scored four knockouts, three of which were telecast on HBO to outstanding viewership earning him plaudits for both Fighter of the Year and Knockout of the Year among many media members.