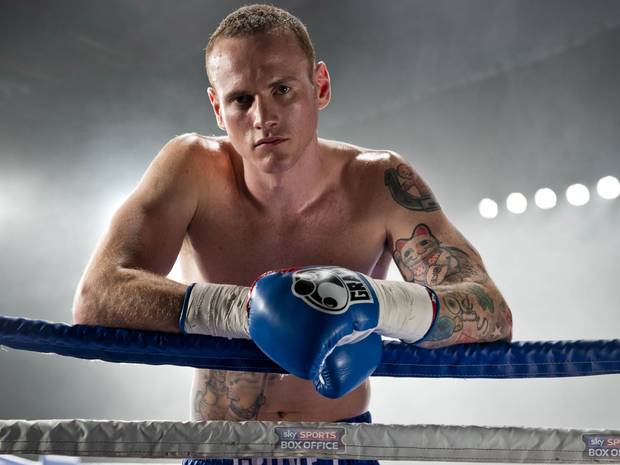 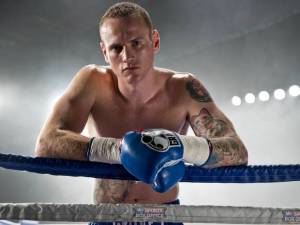 This Saturday night in Wembley Arena, London, George “The Saint” Groves (19-2, 15 KOs) returns to the ring after back-to-back losses to domestic rival Carl Froch. Just a few hundred yards away from Wembley Arena is Wembley Stadium where the unforgettable Froch-Groves rematch happened. Groves that night lost the high profile bout via a huge one-punch knockout. A few months on Groves’ intention is to win a world title as soon as possible and is wasting no time getting back into contention. This fight has been awarded world title final eliminator status by the WBC and victory will make him the mandatory challenger for Anthony Dirrell.

His opponent is Christopher Rebrasse (22-2-3, 6 KOs) who will also be defending his EBU (European) Super Middleweight title on the night.

Little is known about the Frenchman, he is ranked #3 by the WBC but hasn’t faced the same level of competition as the “The Saint.”
Rebrasse or “L’Iceberg” as he is known in France, seems to be a decent all round boxer but lacks the power and speed to trouble Groves. He is not a big puncher and with only 6 wins from stoppage, he appears to be an ideal opponent for Groves who is coming off a huge KO loss

Groves to me should be able to beat Rebrasse by knockout and anything else will be seen as a disappointment for the Groves’ camp. It will be interesting to see how Groves can bounce back after such a devastating KO loss in front of 80,000 people. It’s only natural that his confidence in the ring may have dropped and I look forward to seeing if he is the same fighter. I think Groves’ power will stop the Frenchman quite early on, he has been very active in the last few years and I see a very strong performance coming. He has a lot to prove since losing his last two fights and he should also consider himself lucky getting a final eliminator already.

Groves is a very tough fight for anyone and he proved he can be a world-class level fighter after causing  Froch many problems particularly in the first fight. Anthony Dirrell is unhappy that Groves has been awarded a final eliminator already after back-to-back stoppage defeats. He has made it very clear that he is not interested in facing George Groves. He told iFL TV “He’s fighting a bum, he won’t get my shot, he won’t get a shot, not right now.” “George Groves got knocked out by Froch twice, He doesn’t deserve a shot at my belt.”

In return Groves in a recent interview with iFL TV said “He’s a very animated individual right now, he feels I am unjustly in line to fight him.” “We have a letter from the WBC stating that the winner of “The Return of the Saint” will be the mandatory for the title”. Grove says “Unless he knows something I don’t, if I win on Saturday then I will be fighting Dirrell in the very near future.”

The truth is that if George Grove is victorious against Rebrasse this weekend then Dirrell will have to fight Groves or vacate his belt. There’s not much Dirrell can do and it is very unlikely he will vacate his belt. This fight against Rebrasse is a must win and I feel Groves must do it in style. Groves seems very focused and judging by his recent interviews he is very confident of a stoppage victory. Groves may be rushing himself into a world-title fight especially after a bad year but he certainly has the talent to be on top. It will be interesting to see how he returns from that humbling KO as he gets himself into world-title contention again.