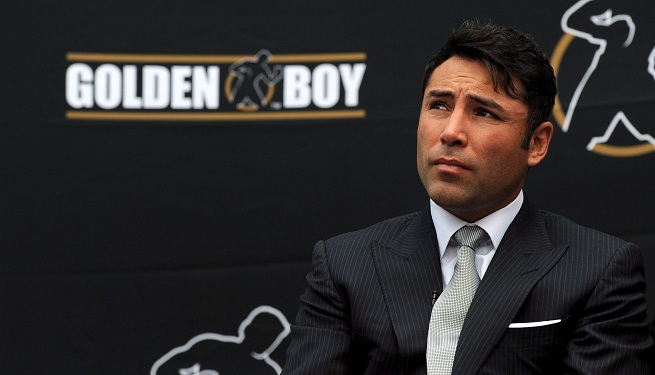 Cinco de Mayo and Mexican Independence Day are two huge dates in boxing in which you either have Floyd Mayweather or Manny Pacquiao fighting in a Pay Per View event in which not just the main event is spectacular, usually most of the entire undercard is filled with exciting fights. It would be foolish of a promoter to go up against either of the two superstars…or would it?

Oscar De La Hoya took to Twitter yesterday and asked fans their opinions about a couple fights that could give Mayweather and Pacquiao a run for their money.

“Would anybody like to see Canelo-Cotto or GGG vs Ward,” said De La Hoya. “Imagine Canelo vs Cotto GGG vs Ward on the same card?! 5 de Mayo! Would anybody pay to see that?”

Could De La Hoya be planning something big or is he just leading fans on? Two things are for certain, money talks and time will tell.