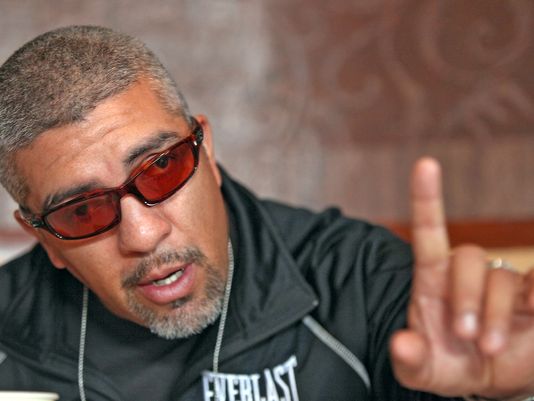 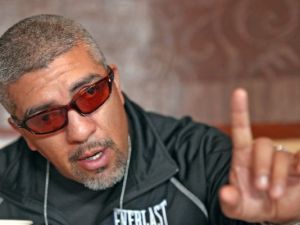 We’re about a month away from the Manny Pacquiao-Chris Algieri fight from Macao, China. Most people aren’t giving Algieri much of a chance to win a fight where Pacquiao is a 13-1 favorite on some betting sites. Joel Diaz has trained Tim Bradley for the two Manny Pacquiao fights. While he takes nothing away from Algieri and his boxing ability, he feels Algieri has a daunting task ahead.

“Algieri is a great fighter. He has great boxing ability as far as boxing and moving,” Diaz told ThaBoxingVoice.com. “That’s what he’s going to do. You have to get Manny Pacquiao to think and confuse him. If you come to him to fight, he’s going to run you over. But his great boxing ability is going to change once he feels the power of Manny Pacquiao. Just like the way he did with Ruslan.”

“With Ruslan, he was doing well in the fight with his boxing and his movement. Once he got caught everything changed. He was in survival mood. He’s going to move. He’s going to hold. That’s what’s going to happen.”

So is there any chance for an upset victory in Macao for Algieri?

Diaz feels the intensity that Manny Pacquiao brings to the ring is something that is hard to overcome. He would know, he’s faced Pacquiao twice with Tim Bradley as his fighter. But for Algieri, Diaz doesn’t see it

“I mean everything possible,” explained Diaz. “Every opponent has a chance. But I just think that Algieri has a very minimal chance against a guy that is fast, strong, and can hit with both hands. He’s (Pacquiao) very unpredictable. Once you’re in the ring with Manny Pacquiao, your adrenaline is so high because of the intensity Manny Pacquiao brings and it wears you down.”