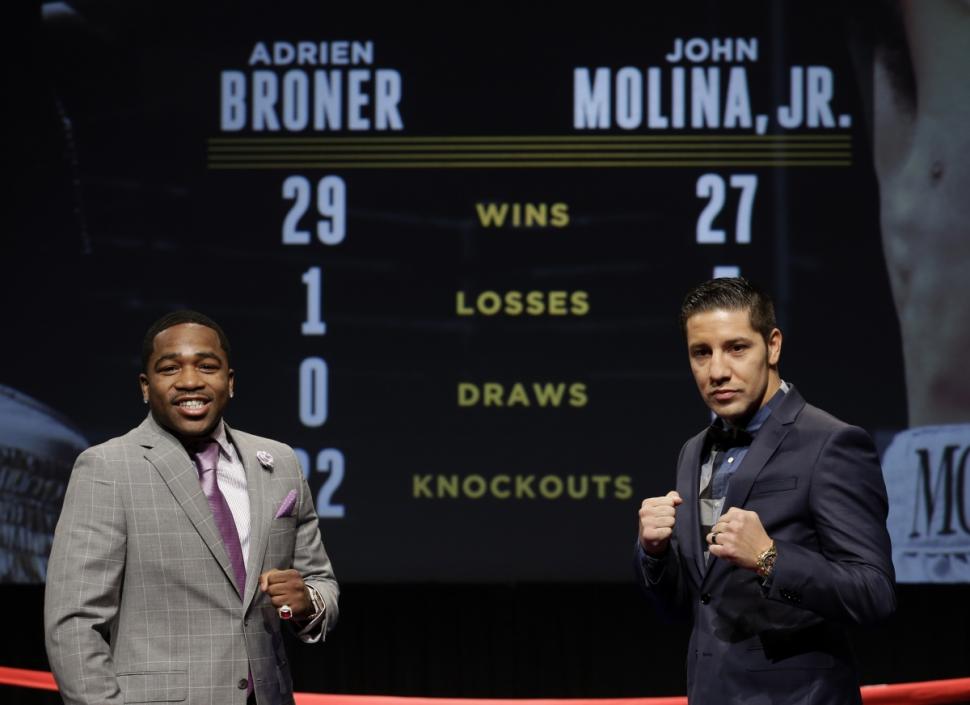 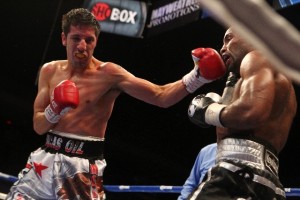 With boxing coming back to primetime television, 2015 already looks like a promising year for boxing. On March 7th, airing on NBC 8:30 PM ET/5:30 PT from the MGM Grand in Las Vegas. One fight that is set to take place is the unpredictable John Molina Jr and the always charismatic and exciting Adrien Broner.

Molina produces the kind of style that every boxing fan loves to see. He can turn things around with one punch. He had boxing fans in awe when he was completely outclassed by Mikey Bey back in the summer of 2013 when in the last round.

Molina landed a wicked shot that hurt Bey and eventually caused the referee to stop the fight in dramatic fashion; something boxing is all about. Expect the unexpected with Molina, who also, last year was in an exciting, fight of the year against Argentine slugger Lucas Matthysse.

Coming into the fight we expected a great fight but instead we were treated to a tremendous, bloody guts and glory style fight where it came down to which fighter would break first. Molina lost the fight but won the show. As fans praise him for his style of fighting and never count him out.

Now, fast forward into 2015 and Molina is back on the big stage against yet another exciting fighter, none other than Adrien Broner.

“It’s an exciting, exciting event, it’s a huge platform, you know being that we’re back on primetime television, in over 30 million homes. I think it’s even bigger than that, and being part of the inaugural telecast is an amazing opportunity, I’m looking forward to it on March 7th” Said Molina.

The fight is stylistically set to be another great showdown, with Broner’s in-ring antics, speed, power, and skill against Molina rugged, come forward style, its the perfect recipe for every boxing fan.

The style itself is nothing new for Molina, who has faced similar quality opponents in Mikey Bey and Hank Lundy, who overwhelmed him at first, but ended up getting stopped as the fight brew on.

“Adrien is very quick-handed, very talented, you cannot deny the accolades he’s accomplished in the ring, but if I thought any different about going right through Adrien, I wouldn’t be in the right business.”