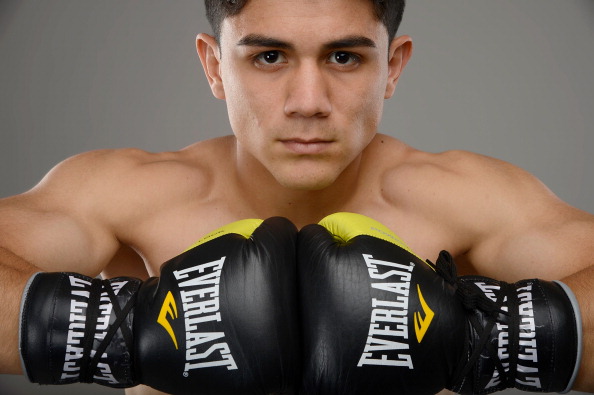 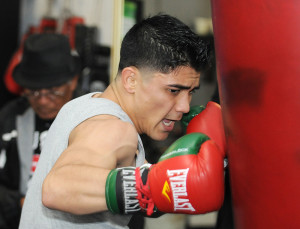 Featherweight prospect and 2012 US Olympian Joseph Diaz had no issues taking out Hugo Partida in the second round of their 10 round main event at the Fantasy Springs Casino in Indio, California. Diaz and Partida headlined a Golden Boy Promotions card televised on Estrella TV/Ring TV Live App and Diaz managed to pick up a vacant NABF featherweight title in the process.

Diaz (19-0, 11KOs) answered the bell in round one by quickly gaining control of the fight. He had Partida (21-6-2) backed up and conscious of what was coming at him. It was difficult for Partida to create any offense of his own as he spent the majority of the time fending off the constant pressure.

Diaz never allowed Hugo to get anything going as he utilized a consistent jab. Even when Hugo threw desperation offense, Diaz displayed tremendous footwork and athleticism.

In the second and final round, Diaz was a bit more willing to exchange with Partida in an attempt to create excitement for the California crowd that has grown accustomed to entertaining “Jo Jo” fights. He stunned Partida with a right hand following a multi-punch exchange. With Partida hurt, Diaz went in for the kill in an overly aggressive manner.

The southpaw Diaz threw repeated left hands, each with more intent than the last. He ended up throwing 11-straight left hands, most of which landed flush on Partida’s face. The referee, Pat Russell, jumped in and stopped the action, saving Partida from unnecessary punishment.

One of the storylines throughout fight week and for most of the promotion leading up to the fight was the fact that Diaz is on the verge of a world title fight and that 2016 could be the breakout year he needs to transition from prospect to world-class fighter.

After 5 wins in 2015, Diaz only needs one big win to make that leap in 2016. He should receive his opportunity at some point in the New Year.