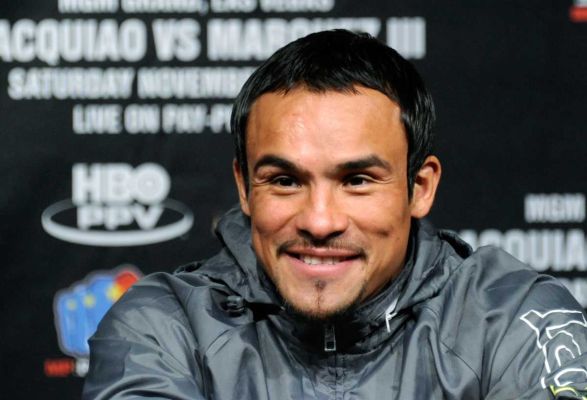 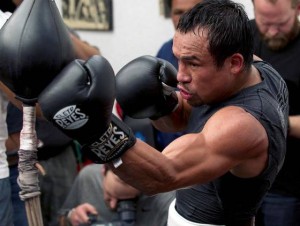 The hope for a May 2nd bout between Floyd Mayweather Jr. and Manny Pacquiao is dwindling, but that hasn’t stopped people from picking a winner.

Juan Manuel Marquez has actually been in the ring with both fighters, once in a losing effort against Mayweather and four times against Pacquiao with a record of 1-2-1 for Marquez, although he did score an all-time great knockout in the last fight.

Marquez probably has better insight than most, but he knows that the fight would be great.

Marquez has repeatedly said that he believes Mayweather would be victorious in a fight with Pacquiao. However, we may never know for sure.

For Marquez’s money, Mayweather has been more impressive lately based on the competition level he has faced versus Pacquiao. As great as Pacquiao looked against Chris Algieri, Marquez told Thaboxingvoice.com that he was less impressed with Manny compared Mayweather because Maidana was a tougher, more experienced fighter.