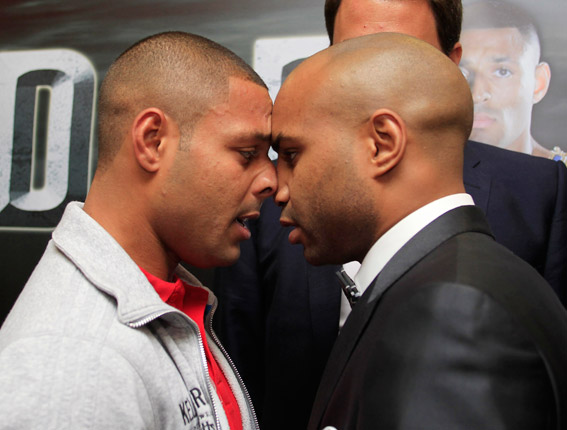 On the 7th June at the Motorsport Arena in Sheffield, British up and coming star Kell Brook (27-0) faces off with American youngster Carson Jones (34-8-2). The bout will be a twelve-rounder as officially it is for Brook’s IBF International Welterweight title, but more importantly this bout determines who will be in perfect contention for a world title shot. Brook has been linked with the IBF world title, now in the possession of the ‘K.O king’ Randall bailey (43-7) fresh from his KO victory against Mike Jones (26-1). This will follow an already signed bout with the savvy Devon Alexander (23-1), which would prove to be a great bout and a close match-up.

Brook has become one of Britain’s biggest prospects and has passed every test which has been presented to him, at this point in his career, moving towards a major crown. He has had considerable success in the minors, winning inter-continental titles at Welterweight for both the IBF and WBA. Not only that, but he won the British title, defending it 4 times. Most notably against the former British champ and world title challenger Michael Jennings (36-3). He possesses great skills, and is yet to struggle in the ring as of yet; despite the fact that he is yet to face seriously A-level fighters. He is due a title shot or at least an opportunity at these heights and he hopes Jones will be his stepping stone on the way to that.


Jones is also another name who is hoping to secure a place at the very top of the weight class. He has his chance to propel himself to big money bouts, should he upset Brook at the tender age of 25. Although Jones is a year younger than Brook, he can be said to have an edge in experience. He also has been beat eight times against primarily fighters of much lesser notability than Brook and certainly less skill. He has come down from Light-Middleweight, and for his past few fights has campaigned at the 147 lb limit. He has a couple of reasonable victories, such as a 2nd round stoppage of Michael Clark to win the USBA title at Welterweight.


Brook’s power is reasonable as 18 of his wins have finished inside the distance. One thing to point out is the majority have been knockouts through attrition due to his superior skills and not so many have been by a single decisive blow. Another mitigating factor of Brook’s power is that when matched up against anybody of considerable resilience, such as Matthew Hatton and Lovemore N’Dou, he has failed to get them out of there in the allocated rounds. Jones can be considered to possess a decent level of durability, as the last time he was stopped was against the former contender contestant Alfonso Gomez, back in 2006.


Jones has an impressive K.O percentage , with 24 of his 34 victories have come inside the distance. He has certainly retained his power in moving down, which is something Brook should take into account, and aim to avoid becoming a victim of. Brook’s chin has been tested and has stood up as of yet. Despite it, taking only one punch to change the course of a fight. I do struggle to see how Jones can penetrate Brook’s savvy defense.

To conclude, I see Brook winning convincingly and quickly adjusting to any problems he may face during the course of the fight to finish Jones in around the 8th round. Jones is a tough cookie and will not be blown away in my opinion. Brook will have to break him down, and in doing so will show he is more than capable of a title shot.