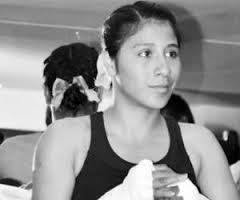 Inactivity is a bad thing 99% of the time for boxers and that is something that Kenia Enriquez (12-0,6 KO’s)  has not allowed to happen to her since she made her pro debut back in 2012 when she fought four times in one year and did the same in 2013 and in 2014 but the year is not over with and she is not ready to give it a rest which is why Enriquez will fight at least two more times this year. Enriquez will return to the ring on October 16th in Tijuana and if everything goes well and she does not suffer any type of injury or illness she will fight on November 21st in San Diego, California which has become a second home to the Tijuana born fighter.

Enriquez last fought on September 4th winning a unanimous decision over Mayela Perez in San Diego. Prior to that, Enriquez won the NABF light flyweight title with a TKO victory over Jolene Blackshear in June of this year.