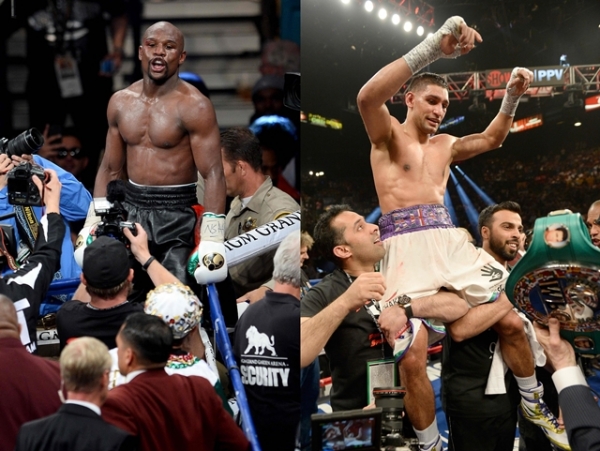 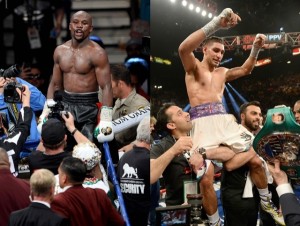 British super-middleweight Paul Smith (35-5, 20 KO’s) took time out of preparing for his June 20th match against the returning Andre Ward (27-0, 14 KO’s) in Oakland, California to talk about a simmering domestic rivalry that has caught the attention of the masses over the last few months.

IBF World welterweight champion Kell Brook (35-0, 24 KO’s) and Amir Khan (31-3, 19 KO’s) have been trading barbs since their professional careers were still in their infancy, and their disdain for one another stems all the way back to the amateur days.

With both men having just come off of victories -Brook by stopping Frankie Gavin and Khan via points decision over Chris Algieri- speculation as to why they are yet to make meaningful steps towards fighting one another has been a rich source of conversation.

Khan has been earnestly chasing a fight with Floyd Mayweather Jr., and it seems as long as that remains his objective, a fight with Brook will do nothing to cloud his vision.

Brook, on the other hand, has been publicly calling Khan out every chance he gets, leading many to label Khan as the duck in this scenario.

Fans of each will point fingers across the way regardless and back their own man to the hilt, but by and large, the one thing they can agree on is that they would love to see this fight.

However, when talking to FightHype.com Paul Smith said he understands Khan’s strategy of waiting to face the biggest star in the sport.

Mayweather’s is a scalp more valuable than any after a long undefeated career, and if Khan is capable of pulling off a win in that fight, it will be worth far more than a win over Brook.

Nevertheless, he runs the risk of stagnation if he continues a pursuit that has consumed the last two years of his life. He even cancelled a fight with Devon Alexander (for the IBF crown that now belongs to Brook) in 2013 under the false belief that he would face Mayweather a few months later. How long will he keep at it? And how much will it cost him in the interim?

Brook and his promoter Eddie Hearn of Matchroom Sports are being forced to look elsewhere in the 147 lb. division while Khan stubbornly follows his chosen path and the likes of Brandon Rios and Juan Manuel Marquez have been mentioned in an attempt to fill the void. As good as they are, they are scant compensation for the lack of a Khan fight.

As long as Brook and Khan’s ambitions are out of alignment, this stalemate looks set to continue at the expense of the fans, who are missing out on what should be a very entertaining fight, if it ever happens.

Smith is unsure how it will all play out but thinks it will be worth a watch if and when it occurs, despite his personal disinclination towards it.

“I think it’s a great fight. Personally I wouldn’t like to see that because I like both lads but boxing’s boxing; you put that aside for the fights.”

Especially for a world title fight worth millions upon millions of dollars to each participant, slated to take place in any one of the UK’s many football stadiums, it seems so simple from the outside looking in.