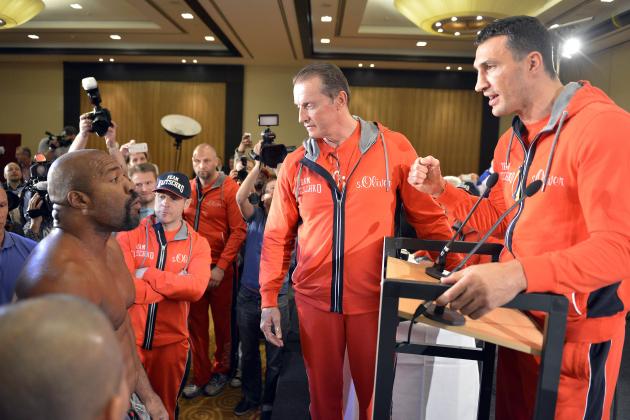 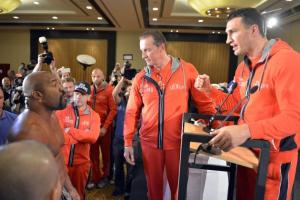 In their first recorded incident Briggs barged into a restaurant, and began eating food off Klitschko’s plate. Klitschko didn’t find his actions amusing and poured a glass of water over Briggs’ head. Then a scuffle occurs, and Briggs’s is shoved out the restaurant by a couple of people he probably came with.

In the second recorded incident Briggs uses a speedboat to confront Klitschko while he is paddle surfing. Briggs taunts Klitchsko and causes him to fall, then drives away.

According to Boxingscene.com, Fox Deportes quoted Klitschko’s take on these incidents.

“He’s crazy. His attack was much worse than it looked in the video. I have not reported Briggs, but he has crossed a dangerous line. It is no longer a joke.”

Shannon Briggs currently 42 years of age, seems to be trying everything in his arsenal to convince Klitschko to fight him in the ring. Whether it lands him a fight with Klitschko, or gets him into legal troubles remains to be seen.