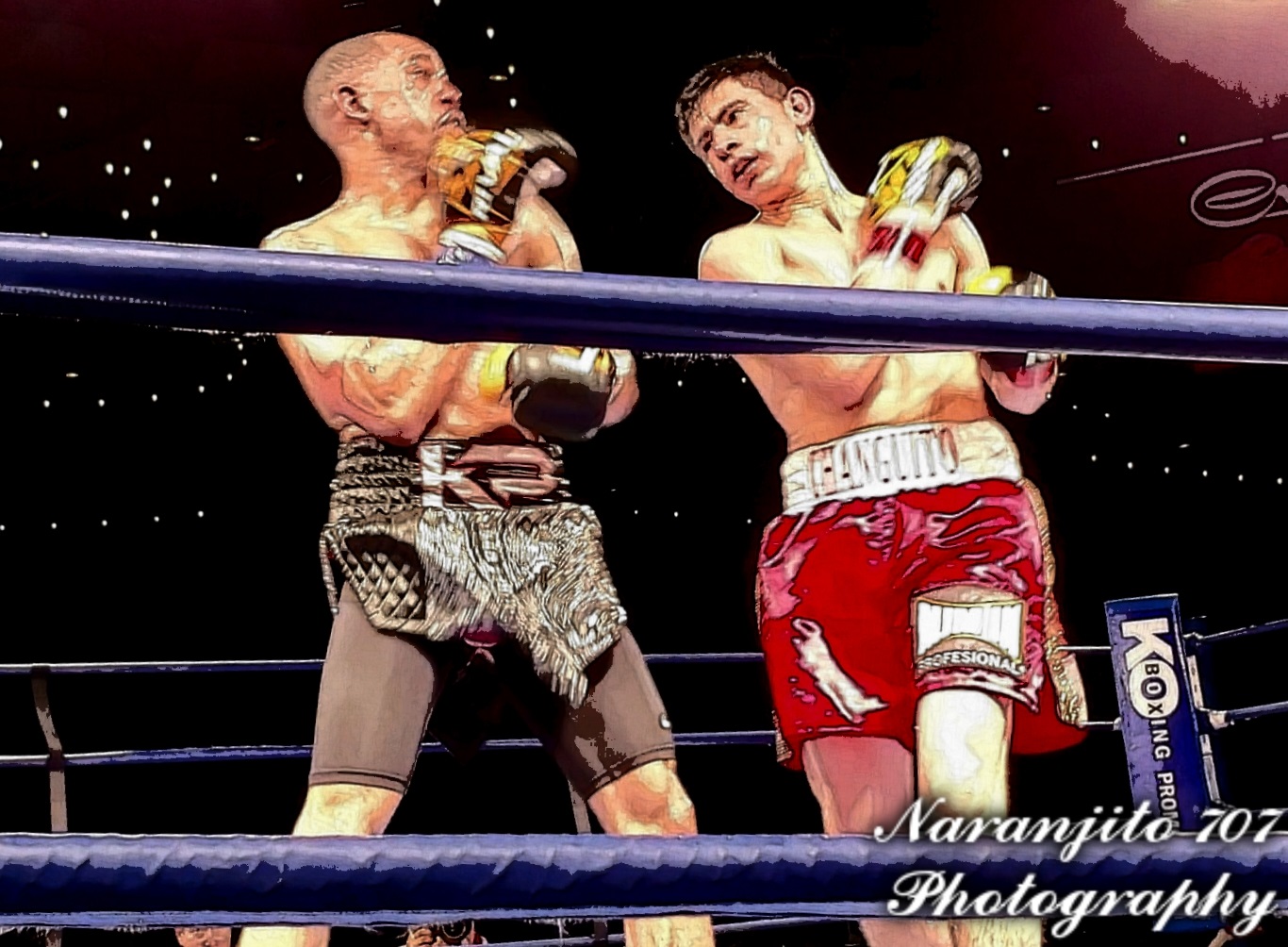 On March 8th, KO Boxing held it’s first of four fight cards this year at the Edmonton Convention Centre in downtown Edmonton. The card was headlined by KO’s latest signee Jose de Jesus Macias who is trained by former world title challenger Rigoberto Alvarez who was the inspiration for Canelo Alvarez to become a fighter.

Macias took on Courtney Pennington in what was mostly a chess match with different points of action. Pennington seemed to have landed more punches but the more accurate and effective punches were landed by Macias. Macias was often able to hurt Pennington who seemed to fade in the second half of each round but managed to keep his composure. Both gave and took throughout the fight but by the end of it neither fighter did enough to be crowned the winner and the bout was declared a draw.

The co-main event was an entertaining scrap between Kane Heron and Flavio Michel for Heron’s NABA Canadian Welterweight Title. Both fighters started out strong and went at  each other relentlessly. Heron was the better boxer that could move around the ring well but Michel’s power was greater and you could tell that from every shot that landed clearly. Michelle seem to control the first couple rounds of the fight with Heron working his way back into the fight around the third round. Both men threw everything at each other including the kitchen sink and nothing would give. In the end Heron wound up winning the decision to keep his title and Michel suffers his second straight loss but jas shown vast improvements.

The fight between
Flavio Michel and Eric Taylor clearly stole the show on Friday night. Both Fighters went into the bout with similar records but Hernandez was able to outwork and outslug Taylor throughout the fight. Hernandez was able to throw vast amounts of combinations and his commitment to working the party paid off. Hernandez ended up stopping Taylor with only 3 seconds to go and the 6th and final round. Had the stoppage not of occurred, several ringside felt he would have clearly one the decision against Taylor.

Santoro made his job look easy when he took on Jorge Castro and completely outworked him while getting rounds in, on the way to a unanimous decision victory.

Oleksandr Voytenko had the second fight of his pro career against Ivan Rojo. It was one of those fights were the fans could not get into it at all no matter how much they tried. The action lacked in the fight and Voytenko was unable to follow his corner’s instructions. He was still able to walk away with a unanimous decision victory.

The opening bout of the night took place between Raffaele Santoro and Edgar Martinez. It was an entertaining fight with seemed to be pretty close but only one of the three judges saw it that way. Santoro won a majority decision and will move on into the WBF rankings to further his career and push himself further.

KO’s next fight card is set to take place in June.