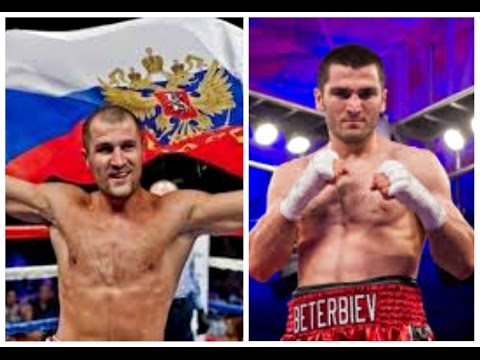 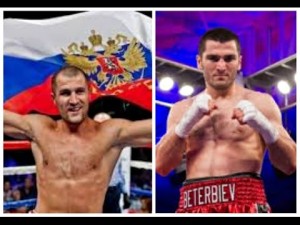 If you though a fight between Sergey Kovalev and Artur Beterbiev would fruition this week, well then you just don’t understand boxing. Two Russians fighting in Russia with a history in the amateurs where Beterbiev beat Kovalev twice, it would seem reasonable to have a showdown in the pros right? Negative.

Main Events, the promoter of Sergey Kovalev and Yvon Michel, the promoter of Artur Beterbiev have had a rocky relationship over the last year in regards to negotiations for a fight between Adonis Stevenson and Sergey Kovalev. So when Kathy Duva, the head of Main Events mentioned she would offer a fight to Beterbiev who is managed by Al Haymon, the likelihood of the fight happening was bleak already as Haymon fighters are banned. But HBO would make the exception here. Kathy Duva made an offer and it was rejected by Beterbiev.

“Of course, Sergey went on to fight Hopkins and unify three light heavyweight belts in a major promotion. As you, yourself, said to a reporter last week, when you get your first title shot, you take it. You say that you want to bury the hatchet, but actions speak louder than words. ‎It seems that you would rather posture and look for purse bids rather than actually make a fight,” Duva said in an email.

“I hope that I am wrong and you will prove it by at least attempting to negotiate a fight, whether it be for Kovalev to fight Stevenson or Beterbiev. After all, Sergey is the only one contractually bound to a TV network and you have never once made an offer to me to make either of these fights that the fans so want to see. In the meantime, we will continue to make fights for Sergey against the best fighters who are actually willing to face him. As his star continues to rise, the terms I have offered to you for Beterbiev and Stevenson will not be open for long.”