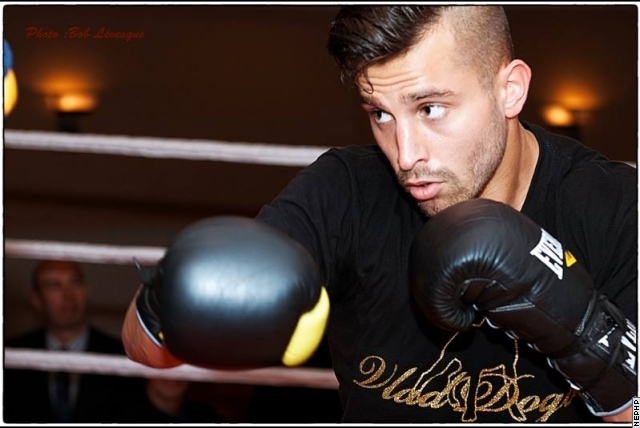 Most expected the vacant IBF middleweight title bout between Hassan N’Dam and David Lemieux to be the best fight of the weekend and the buzz in Vegas was surrounding the fight, even though it was taking place at the Bell Centre in Montreal, Quebec, Canada.

It was a very entertaining fight from the sound of the first bell. Lemieux was the stalker, as expected, and N’Dam was the boxer, as expected.

Lemieux came out sharp and was finding N’Dam with heavy punches. In fact, Lemieux sent N’Dam to the canvas in the 2nd round. It was a hard shot that didn’t even land super clean but it was more than enough to send N’Dam flying into the ropes. N’Dam beat the count with ease and went back to boxing.

N’Dam rebounded well and started establishing his boxing skills. He landed some decent shots on the move, but Lemieux was clearly landing the harder shots.

In the 5th round, Lemieux landed a devastating knockdown that looked like it might have ended the fight early. But N’Dam made it to his feet and showed his legs were capable of moving. Just as we thought N’Dam was fully recovered and out of trouble, he was sent to the canvas for the third time in the fight, but made it to his feet just before the bell sounded.

Lemieux continued to land hard shots that stumbled N’Dam. Still, N’Dam was moving well and managed to land some decent shots of his own.

In the 7th round, Lemieux landed what might’ve been the hardest knockdown of the fight. And yet again, N’Dam made it to his feet and showed that his legs were fine.

Lemieux was setting up his shots masterfully at times, although he was relying heavy on the power punches to the point that he was lunging in at times. Lemieux head movement was helpful and he managed to make N’Dam miss more than he probably thought he would.

N’Dam continued to stay in the fight and use his legs to box, making some rounds much closer than the previous ones dominated by Lemieux. Still, Lemieux was way ahead on the score cards.

The fight turned into a bit of a boxing match in the 10th, at least by comparisons to the others, but a Lemieux power punch was never far away and he made N’Dam aware of it.

It was amazing how composed N’Dam appeared in a fight that he was knocked down 4 times and stunned another handful of times. His legs were amazingly resilient.

N’Dam stayed so focused and composed that he managed to work his way back into the offensive side of the fight. He appeared to be the dominant fighter in spots in the 11th, although Lemieux kept it a close round by utilizing his jab and ability to quickly get in range of his power punches.

Somehow, the fight made it to the 12th round and Lemieux looked like he wanted the stoppage. The drama spiked when N’Dam put together an impressive string of offense that wobbled Lemieux. Still, Lemieux didn’t back down and both fighters were geared to leave it all in the ring. N’Dam went for broke in the final seconds of the fight, but it wasn’t enough to stop Lemieux and it certainly wasn’t enough to make up the ground on the knockdowns.

The scores prove that N’Dam was able to close the margin and he deserves a ton of credit for coming to fight and staying in the fight in the face of adversity.

Lemieux looked impressive and he has cemented a spot for himself amongst the division’s best. It is unclear who he may fight next, although Gennady Golovkin makes the most sense.