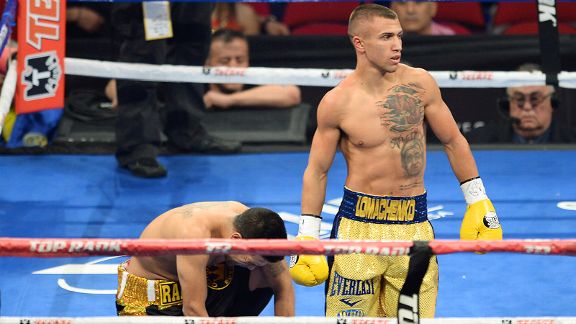 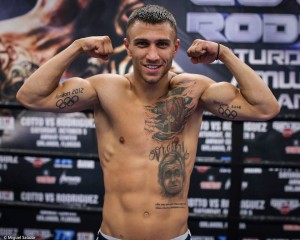 Vasyl Lomachenko made easy work of the WBO’s 7th ranked featherweight Romulo Koasicha in front of a less than enthusiastic crowd at the Thomas & Mack Center in Las Vegas, Nevada. I’m not saying the crowd wasn’t into the fight, but they were underwhelming compared to the awesome display on the part of Lomachenko, who has now successfully defended his title for the third time.

From the first round, Lomachenko dominated in a major way against solid competition. I will not claim that Koasicha is a world beater, but he would not have been beaten as dramatically by almost any other featherweight in the world.

The performance became better and the beating got more vicious as the rounds continued. It was very difficult to assess Lomachenko’s performance early on because he was not putting everything on his punches. In fact, a few replays clearly showed Lomachenko easing up on the very open shot.

Lomachenko moved well and switched flawlessly from defense to offense. He fell into a rhythm and created angles with swift and intellectual foot movement. He wasn’t as methodical with his punches down the stretch as he has been in the past, but instead he combined a methodical approach with a conscious aggressiveness when openings presented themselves.

Koasicha was incredibly easy to hit and had no desire to move his head. He was also unable to judge the distance between himself and Lomachenko as he would move straight back and still get hit.

Lomachenko, on the other hand, had an advanced understanding of range in the fight. He was always in position to land at least one hard shot or several on-target punches within a multi-punch combination.

In the end, Lomachenko was able to stop Koasicha with a body shot that caused a knockdown, but referee Robert Byrd decided to wave off the fight and spare Koasicha from any more punishment.

Lomachenko should’ve been in the ring with Nicolas Walters tonight, but it was still a very impressive performance against a standup opponent. However, it was not the high-profile win that fans were looking forward to and Lomachenko will have to start scalping recognizable heads in order to gain further recognition.