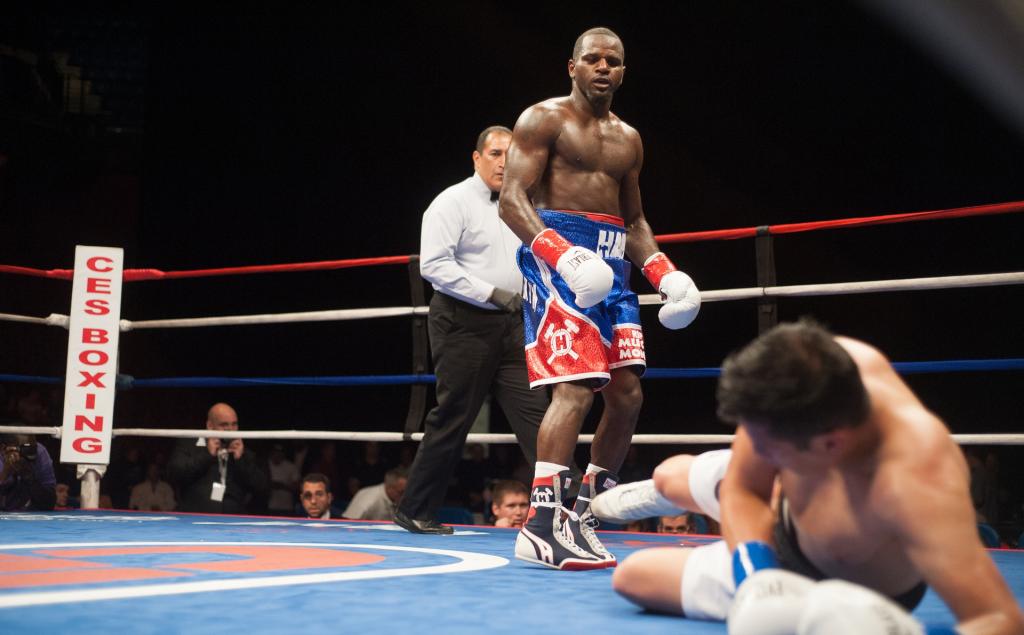 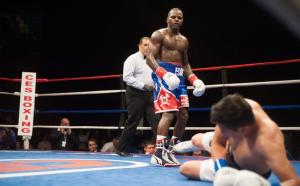 PROVIDENCE, R.I. (Dec. 2nd, 2014) — There’s a big difference between fighting under the watchful eye of 4,000 fans in a smoky casino and fighting in front of, say, 30 million, which is roughly the number of homes that figure to tune in to HBO for Saturday’s edition of Boxing After Dark.

The idea of being watched, dissected and scrutinized by one tenth of the United States population would cause most fighters to freeze up faster than a houseplant left on the back porch in mid-February, but most fighters aren’t like Hank Lundy (25-3-1, 12 KOs).

Most fighters won’t step outside of their comfort zone as often as Lundy does. Most fighters won’t travel more than 5,000 miles to box on foreign soil, face a former world champion in his own backyard, or take a nationally televised bout on short notice against an opponent with only one loss.

Lundy has seen and done just about everything in his long, successful boxing career and now he’ll get his just due, a 10-round primetime showcase Saturday night on HBO’s Boxing After Dark against the reigning North American Boxing Federation (NABF) light welterweight champion Thomas Dulorme (21-1, 14 KOs).

“This is a fight boxing fans want to see. ‘Hammerin” Hank comes to fight and when he fights on TV he brings exceptional ratings. He gives it everything he’s got. To fight on HBO at the Barclays Center, one of my boxing’s newest must-see venues, against a worthy opponent will no doubt bring out the best in Hank Lundy, as it always does.

“We’ve been in this business a long time and we’ve built champions, but no fighter is more deserving of this opportunity.”

After fighting 10 times on ESPN and stealing the show earlier this year against the heavily-favored Angelo Santana on Showtime, Lundy will make his HBO debut at the Barclays Center in Brooklyn in what figures to the toughest and most important fight of his career. The 10-round Lundy-Dulorme bout is part of a stacked card by Golden Boy Promotions headlined by the 12-round middleweight main event between David Lemiuex and Gabriel Rosado.

With less than a week to go before his possible career-defining moment, Lundy finds himself in a familiar position as the underdog facing a bigger, taller opponent who’s already been on this stage before and subsequently absorbed all the glitz and glamour that comes with it.

“Me being the underdog, I like that,” Lundy said. “At the end of the day, I like when my back is against the wall. Everyone is counting me out. All I have to do is go in there and shock the world.”

Philadelphia’s Lundy may be boxing’s most recognizable poster child for the wounded animal syndrome, an example of how defensive, aggressive and opportunistic a fighter gets when it appears he’s at his most vulnerable. His win over Olusegun Ajose in 2013 is a perfect example.

Coming off back-to-back losses that dropped him out of the top 10 in the lightweight division, Lundy agreed to take that bout on short notice. He had already blown his shot at a world-title bout by losing to Raymundo Beltran the previous summer and was in danger of slipping further off the radar against a tough veteran with 31 wins and only one loss.

Lundy responded with his most dominant performance to date, out-boxing Ajose from the opening bell in a lopsided unanimous decision win that promptly put him back on the map. He’s now won three in a row overall and will face another tall task against the 24-year-old Dulorme, who has fought most of his career in Puerto Rico and won two regional titles as a welterweight before eventually dropping to 140.

The 5-foot-10 Dulorme stepped up to face Luis Carlos Abregu in 2012 and got stopped in the seventh round, but has won his last five fights, including his most notable victory in March against the previous unbeaten Karim Mayfield for the then-vacant NABF title.

“He’s basic,” Lundy said. “A lot of jabs. He likes to pump his jab and hook off his jab. Nothing special. He can’t fight on the inside and doesn’t have a chin. If he gets caught upstairs he falls apart.

“As far as him being a power puncher, I don’t see it. I’m not taking anything away from Mayfield, but Mayfield was right in front of him and he couldn’t stop him. If he’s such a puncher, why didn’t he knock out Mayfield? If you look at some of his knockouts, those were against lesser opponents. Who were they? They were nobody. Mayfield is a fighter that will be in your face. That’s what punchers want. They don’t want someone who’ll move around.”

Lundy doesn’t plan on standing still in the center of the ring, which could frustrate Dulorme the same way Lundy’s speed foiled Santana, Dannie Williams, David Diaz and others before him.

“Once I get in that ring, I’ll see what he will give me and that’s what I’ll take,” Lundy said. “Everyone knows ‘Hammerin” Hank can box, and if I want to come get you, I’ll come get you.”

A natural lightweight who’s bounced between 135 and 140 depending on the opportunity, Lundy actually feels more confident at a heavier weight despite the size and height advantage of his opponents at light welterweight.

Compared to notable lightweights Williams, Diaz and Santana, none of whom were more than an inch taller than Lundy, most of Lundy’s opponents at 140 were considerably taller, including the 5-foot-11 Viktor Postol. He’ll need to find a way to close the gap against the rangy Dulorme, something he failed to do in his loss to Postol.

“Those tall guys don’t have the tools I have,” Lundy said. “Once I get in front of you I can fool you. You don’t know where I’m coming from. They assume a lot because I’m short, but I’ve got a lot of tricks up my sleeve.”

All the training, studying and build-up is out of the way and now it’s time for Lundy to shed the remaining pounds in anticipation of Friday’s weigh-in, but there’s nothing a fighter can do in or out of the gym to prepare him for the sport’s biggest stage. As Lundy pointed out, this is what he was born to do. Stage fright isn’t an option, not with so much at stake.

“There’s no time to be shy in front of the lights,” he said. “I played high school football. I played in front of a lot of people. When the lights are on, you don’t have to worry about me freezing up. I’m going to perform.

“This is my just due,” Lundy continued. “I really felt I should have been here. I’ll put it like this — everything happens at the right time. I feel good. There’s no pressure on my shoulders. I’m going to show the world what they’ve been missing.”

A win would take Lundy from a fringe contender to a legitimate threat to win a world title at either 135 or 140 pounds and perhaps make him a household name on one of the most watched networks in boxing. Whatever happens, happens; for now, Lundy is taking it one fight at a time, no matter how bright the lights will be come Saturday night.

“This is my championship right here,” Lundy said. “I’m just prepared to do what I have to do.”