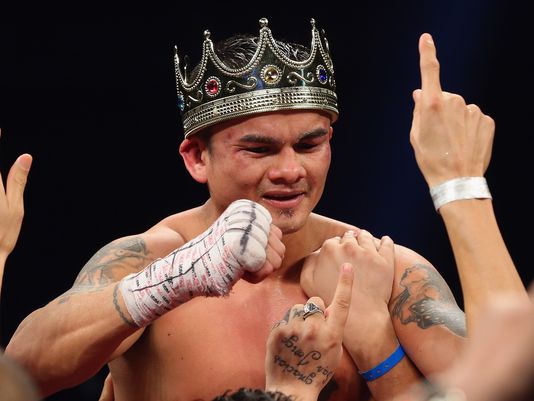 With the news that Marcos Maidana has been selected as the next man to try and take on the pound for pound king Floyd Mayweather I must voice my discontent.

Mayweather decided that he would choose between the tough Argentine Maidana and Britain’s Amir Khan for his next fight in May.

There was a lot of criticism from fans regarding the possibility of a fight with Khan as many felt that he was undeserving of the opportunity with his performances in recent years.  This is a fully understandable view but one which has cost the boxing public a more entertaining fight.

There are other fighters out there who on paper are more deserving of fighting Floyd Mayweather including the likes of Danny Garcia but styles make fights. Garcia is a good all-round fighter but the speed that Amir Khan possesses has the potential to make a more interesting fight than the likes of Garcia or the chosen opponent Maidana will do.

Khan has unbelievable  hand -speed when he throws combinations and he has the potential to cause more problems to Mayweather than Maidana. Maidana was very impressive last time out against the up and coming star Adrien Broner and became the WBA Welterweight World Champion. The attraction of Maidana being a world champion seems to have had an influence but stylistically he is made for Mayweather. Maidana will come forward looking to back Mayweather up and land his heavy-handed shots but we all know that Mayweather will have little trouble in avoiding these punches. Mayweather will pick Maidana apart in a routine win.

This is not a criticism of Marcos Maidana. He is a very good boxer with an impressive record of 35 wins and 3 losses. Maidana is a big puncher with 31 knock out victories to his name and he is a very tough and rugged who will give his all to win. He is deserving of his shot at glory against Mayweather but it still leaves a disappointing feeling.

We have seen Floyd Mayweather in with slower, big punchers before and he has dealt with them with relative ease. It would have made for a more interesting fight if Mayweather had picked Khan.

Mayweather will put on another master-class of how to deal with this type of opponent and he is unlikely to be put under any trouble at all. He will once again show that he is a class above other world champions.

The fight with Maidana will be but there is the risk of anti-Mayweather fans once more labeling him as boring. He will not be tested in this fight and therefore will stick to a slow dissection of his opponent.

A fight with Khan could still be a possibility in the future and I hope that it takes place as we haven’t seen Mayweather in with another speedster like Khan. Khan can be defensively vulnerable and would be very unlikely to win and consequently would be a big underdog coming into a fight but then again isn’t everyone who faces Mayweather a massive underdog?

Khan has every right to feel very frustrated as he has put his career on hold for a year in order to fight Mayweather. He gave up the oppurtunity to fight for a world title against the then champion Devon Alexander. In my opinion he would have beaten Alexander who has since lost the title to Shawn Porter.

Khan is now looking to move on and get a big fight. The likes of Kell Brook, Paulie Malignaggi, Adrein Broner and Shawn Porter are all being touted as possible opponents.