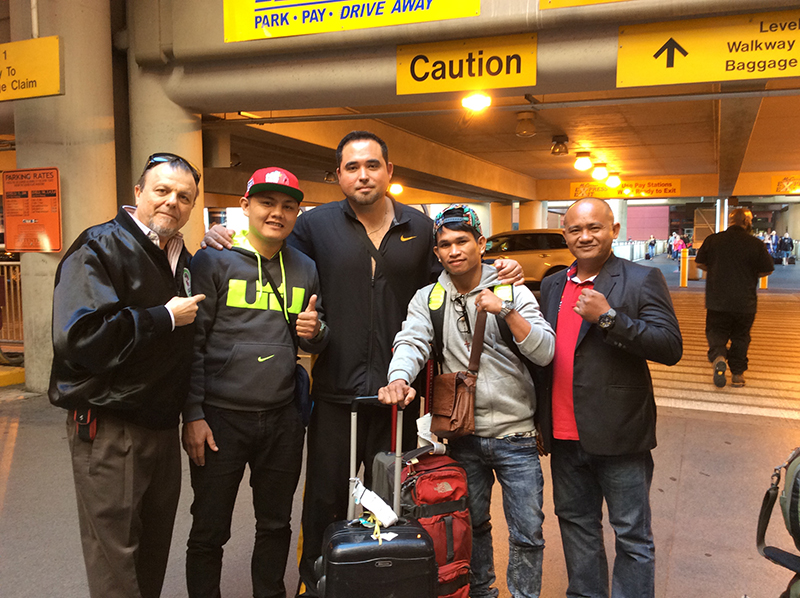 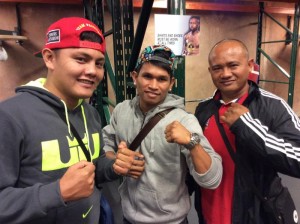 Team Sonsona will be training at Roy Jones Jr.’s Gym.

Ranked #2 WBC, #5 WBA, #4 IBF and #12 WBO, Sonsona, will face Velez (ranked #3 WBC) in a  to face champion Jhonny Gonzalez and in defense of his NABF Featherweight Championship.

While working with Agrabio, the 24-year-old Sonsona, of General Santos City, Philippines, has rededicated himself to his boxing career and the results have shown. He knocked out former world champion Akifumi Shimoda in three brutal rounds last February and then avenged his only loss, to Wilfredo Vazquez Jr. by way of a split decision victory in June.

“I’m very happy that Sonsona and Casimero are working together in Las Vegas, my hometown,” said the pair’s co-promoter, Sampson Lewkowicz of Sampson Boxing (along with Sammy Gello-ani), and I’m looking forward to having two more champions for my promotional company in the very near future.”

Casimero, from Cebu City, Philippines, is currently waiting to face the winner of the upcoming IBF flyweight title fight between current champion Amnat Ruenroeng and China’s Zou Shiming in March.