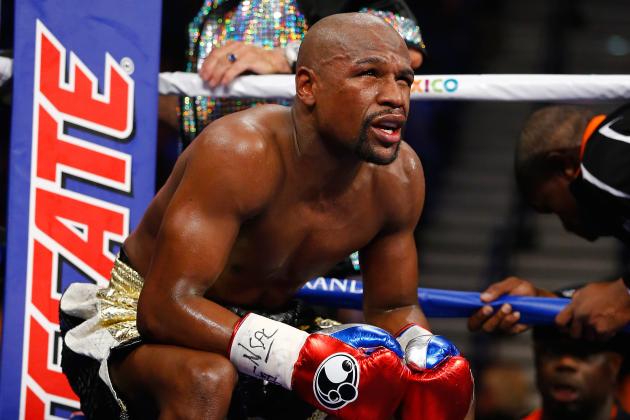 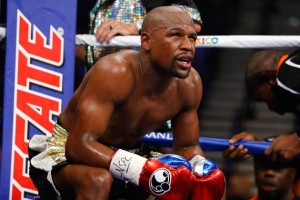 Amidst the crowd at his open workout, Mayweather was flanked with questions regarding his $4.8 million dollar car and his lavish lifestyle but then it got serious.

Why retire? He’s been on top for many years, and not many in his weight class may come close. Is he looking for his Michael Strahan moment, winning a super bowl and never playing again?

“I felt like I did what I was supposed to accomplish in the sport,” Mayweather said. “I been fighting at this high level for over 20 years. It takes a toll on the body.”

It’s being pushed as his goodbye fight with Andre Berto as his opponent. Many are saying this fight is a mismatch and Mayweather should have chosen a different opponent. But Mayweather feels no matter who he picks, someone will always complain.

“It really don’t matter who I pick, everyone will always have an opinion,” stated the welterweight champion. “First they say I wasn’t fighting Pacquiao, then I fight Pacquiao and beat the guy that was in such a high of plateau, and they still weren’t happy. Last time I checked Pacquiao was God, and I went out and beat him. I fought Miguel Cotto, I fought Canelo Alvarez, I fought Pacquiao, I fought Diego Corrales when he was on the top and undefeated. I fought Ricky Hatton when he was undefeated. All the best fighters in my era, I fought and beat them.”

Should he defeat Andre Berto, Mayweather pushes his record to 49-0 tying the record of Rocky Marciano. Mayweather says he doesn’t mind stopping at 49-0 because he has broken financial records.