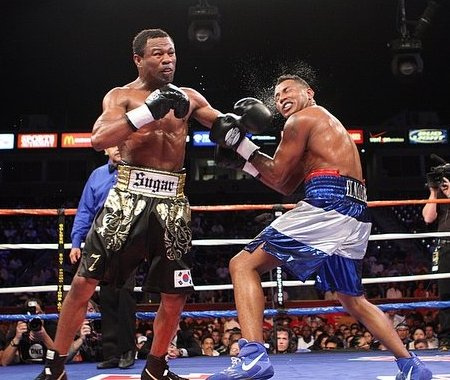 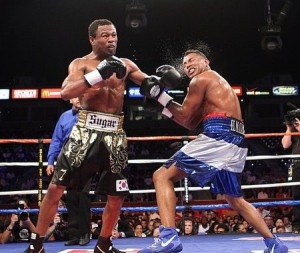 Former world champions Shane Mosley (47-9-1, 39 KO’s) and Ricardo Mayorga (31-8-1, 25 KO’s) will face each other in a rematch in August at a still to be determined venue and date, nearly seven years after their first encounter in September 2008.

“Just decided 2 make this fight. Mayorga was talking sh** & and I ran into him in Vegas. Things escalated & BOOM rematch. History in the making,” Mosley said.

After getting knocked out by Miguel Cotto in 2011, Mayorga retired from boxing, taking two years away from any activity before making a short MMA stint in 2013. In four fights, he went 0-3, with one no contest.

Mayorga initially scored a TKO victory during his MMA debut against Wesley Tiffer in May 2013, but after it was discovered he landed an illegal knee, he was stripped of the victory.

There’s a major issue that hasn’t been talked about in the media yet, though, and that’s going to be the contracted weight.

Kelsey McCarson of Bleacher Report revealed that Mosley told him prior to his announcement that if he made a comeback, he would fight at 147.

Perhaps both fighters could come to common ground, Mosley can move up two weight classes, and Mayorga can move down two weight classes. However, that could result in nasty repercussions if Mayorga doesn’t lose the weight responsibly.

I have no idea how much Mayorga weighs right now just walking around, but if he’s walking around near what he weighed-in for his last fight, he doesn’t have much time to drop that excess weight. Fight night is over a month away.

Although Mosley is coming off a loss to Anthony Mundine due to a back injury, he has stayed close to the sport, and has stayed in fighting shape.

Mayorga? He’s been smoking among other things, two hobbies that don’t help lung function. If he got knocked out in the first fight against ‘Sugar,’ it’s not likely this is going to be any better. 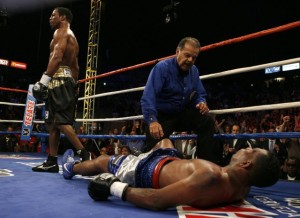 Mosley will dominate this bout from start-to-finish, conclusively ending the bout with a ferocious uppercut to knock out his man cold.