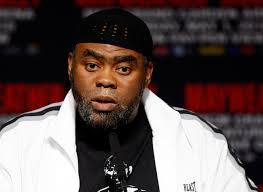 Bernard Hopkins has suggested the idea of facing pound-for-pound king Floyd Mayweather in the past, but to no avail. However, can the fight still happen? It is likely Mayweather would want the fight to be at a catch weight, considering his junior middleweight bout with Canelo Alvarez was at a catch weight.

Hopkins, 50, is offering to fight at 160. Mayweather could possibly make it 158 or 157. If we remember Oscar De La Hoya’s drop to 147 late in his career, the five-time division champion looked awful in that bout, however, Hopkins has kept himself healthy throughout his career. It is known that Hopkins does not drink nor smoke and rarely consumes sweets. Add in his masterful defensive skills and this is a dangerous man at any age. This could make for an interesting bout.

Naazim Richardson has been Bernard Hopkins’s head trainer since his rematch against Jermain Taylor back in 2005. If Hopkins does beat Sergey Kovalev in November, is fighting Mayweather on the table? Or, is it just a large cluster of rumors that even a trainer could not confirm? “Son, I have never heard so much crazy stuff,” added Richardson. “All I do is wait for the phone call.” Richardson then commented, “I heard of him (Hopkins) going down two weight classes, Floyd coming up two weight classes, Floyd 50 (50-0) to fight Bernard at 50 years old, split $50 million a piece.” From that statement, it seems that it is just a dream for many boxing fans. Richardson later added, “Who knows? It is craziness. We will fight the fights and we will see what happens the next day.”