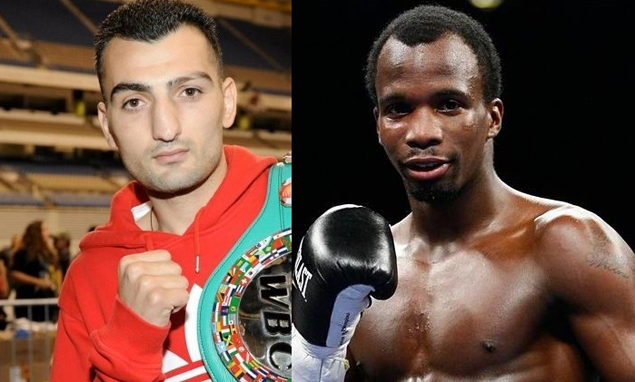 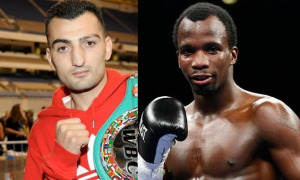 Willie Nelson (23-1 KO’s 13) will face off against Vanes Martirosyan (34-1-1 KO’s 21) at Foxwoods Resort in Mashantucket, Connecticut. The bout is scheduled for Oct. 4 and it is a very important bout for both fighters to get an opportunity for a title shot in the near future.

Nelson is 6’3 with an arm length of 81 inches and Martirosyan stands at 6’0 with a 73-inch arm length. The notable difference between the fighters is the 8-inch reach advantage Nelson possesses. Despite the size advantage Nelson has over Martisoyan and all other fighters he’s fought professionally, he does not utilize it as much as he should be. Nelson struggles with his identity at times by choosing to fight in the inside, or not being able to find the right range to box effectively. Nelson’s size advantage won’t be as much of a factor as people might believe it to be.

Nelson has decent power. He is not a knockout puncher but certainly has a respectable punch. It is not probable of him scoring a knockdown on Martirosyan, let alone a knockout due to his sturdy chin.

Martirosyan has good power. He definitely has the ability to knockdown Nelson during an exchange. To score a knockout is also not out of the question given the fact Nelson has shown to have a shaky chin.

Nelson has shown to have good defensive skills when fighting from the outside. He has displayed good head and foot movement, and can catch a lot of punches with his gloves. The time when he is most vulnerable is when fighting on the inside, or in midrange; the reason being is, the majority of times he’s been knocked down have come from exchanges. When exchanging on the inside, this is the best place an opponent can land a solid punch on such a lengthy fighter. It’s not often that someone has enough reach to knockdown Nelson from a distance.

Martirosyan defense is not as good as Nelson’s, but it’s not terrible either. He has defensive awareness by maintaining a high guard and using subtle foot movement to avoid punches.

Nelson does his best work when using his jab, and throwing combinations from the outside. He is not the most accurate puncher, but can dictate the pace based off his activity level. When fighting on the inside, he is not a bad offensive fighter, just a bad defensive fighter. Nelson also at times lunges in with lead rights, and smothers his opponent after a potshot. Nelson has the ability to fight as the aggressor or as a counterpuncher.

Martirosyan will be the aggressor for the majority of the fight. His go to combination is a jab followed by a lead right. He’s not a spectacular offensive fighter but will pressure Nelson to make him feel uncomfortable. He will also not shy away from exchanges because that’s when he is most dangerous. Fortunately for Martirosyan, Nelson chooses to fight in close quarters at certain times even though he has the size advantage. This will be the best time Martirosyan can drastically change the momentum of the fight by scoring a knockdown.

Nelson and Martirosyan are almost evenly matched in regards to hand speed, but Nelson is much faster on his feet. Martirosyan can be a bit flat footed at times, while Nelson shows athleticism when moving around the ring.

This is a 50/50 fight and not a safe fight to bet on. Either man can win but Nelson still has trouble finding his identity. He doesn’t utilize his size advantage as much as he should, and that might be his downfall. He often chooses to fight on the inside and get into unnecessary exchanges, and Martirosyan will take advantage of this.